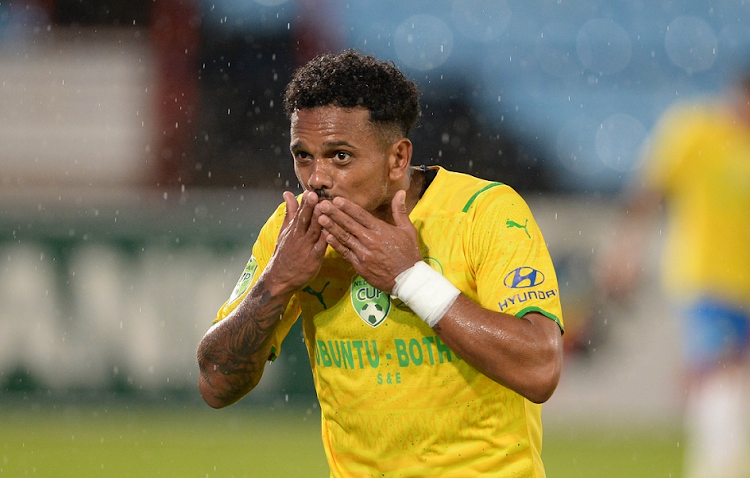 Former Bafana striker Erasmus (31) tweeted: “Why do we have a coach who doesn’t believe in our talent and league? Sorry for thinking out loud.”

The tweet was in response to comments made by Broos in a press conference on Tuesday.

The coach was supposed to speak about his plan for the way forward in the 2023 Africa Cup of Nations qualifiers after SA started with a 2-1 defeat against Africa’s second-ranked team, Morocco, in Rabat on Thursday night.

Why do we have a coach that doesn’t believe in our talent and League.
Sorry for thinking out loud!

The straight-talking Broos, seeking a reality check for South Africans who can be notoriously unrealistic about the state of SA football, slammed the quality of players being produced by the PSL.

“For Morocco, there was only one player playing from Wydad Casablanca, and he is the goalkeeper in the squad that played against us. This shows you enough. All those players are playing in big clubs like Fiorentina, Sevilla, PSG and we don’t have those quality players in Europe.

“We can look at the fantastic race that Mamelodi Sundowns and Orlando Pirates did on the continent but Sundowns lost in the quarterfinal stage of the Champions League and Pirates lost in the final of the Confederation Cup.

“Two Moroccan teams in Wydad and RS Berkane won those competitions and in the Moroccan team there was no player from those teams in the national team except the goalkeeper. Let’s face it, the problem of SA is that the level of the PSL is not high enough.”

Broos’ comments have divided opinion, with many saying his view is spot on and a wake-up call to SA football, given Bafana’s spectacularly poor level of achievement of the past two decades.

Others, Erasmus apparently included, felt the coach was being disrespectful to the country of his employment.