Benfica reach agreement with Liverpool to sell Nunez for €75m 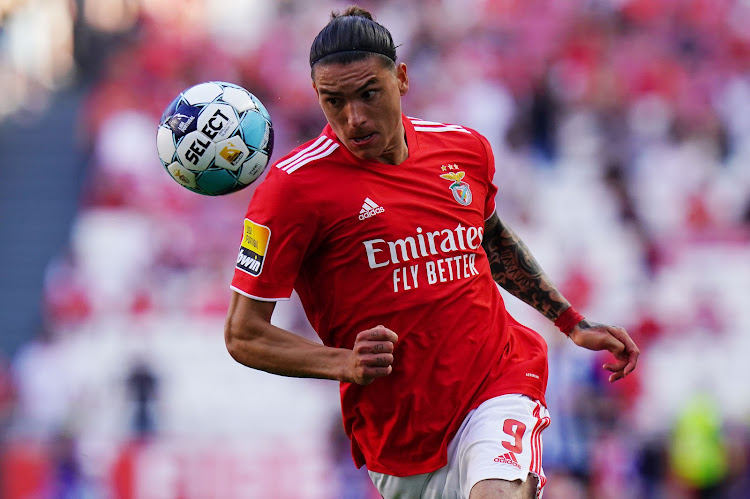 Benfica have reached an agreement with Liverpool for the sale of forward Darwin Nunez for an initial fee of €75m, the Portuguese club announced on Monday.

The agreement, which includes €20m in add-ons, is dependent on Nunez signing an employment contract with Liverpool, the statement added.

Nunez was the top scorer in Portugal's top flight in the 2021-22 season and scored 34 goals in all competitions for Benfica, including goals in both legs of the club's Champions League quarterfinal defeat by Liverpool.

His ability to play out wide and through the middle would make him the ideal replacement for Sadio Mane, who has been linked with a move to Bayern Munich.

Liverpool finished the 2021-22 season with the FA Cup and League Cup but came second in the league and lost the Champions League final to Real Madrid.

Benfica purchased Nunez from Almeria in the summer of 2020 for 24 million euros and British media have said the Spanish club is set to receive 20% of any profit from his transfer. — Reuters