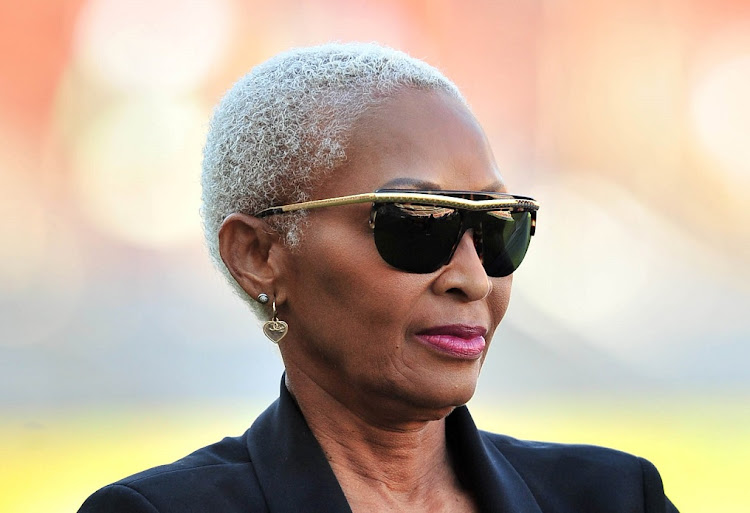 SA Football Association (Safa) presidency candidate Ria Ledwaba says “you have to have balls” to stand against incumbent Danny Jordaan.

Jordaan is seeking a third term at the elective congress. Ledwaba, as Andile “Ace” Ncobo did in the 2018 election when he withdrew at the last minute for Jordaan to win unopposed, has alleged irregularities in the process.

Safa vice-president Ledwaba has served papers at the Pretoria high court asking to interdict the elections. She has alleged irregularities in changes made to the Safa constitution at a March 26 congress.

Ledwaba was removed as vice-president in 2020, then later reinstated, after writing a letter to sports minister Nathi Mthethwa asking that he intervene in Safa after a damning report written by former acting CEO Gay Mokoena.

In her press conference to confirm her candidacy this week, she described how she became persona non grata at Safa after that.

The former Ria Stars owner was asked to describe the experience of running against an opponent in Jordaan whose, in the words of the questioner, “tricks she knows well”.

“Well, you have to have balls to do that. And you have to be a firm person to be able to do that,” she replied. “For me it was not about an individual. And he remains my president. That is why, when I was approached, the first person I called was him. And it’s in writing [the later text messages].

“Remember, I’m sure you have seen I have been out of circulation from 2020. Since I was removed as vice-president I’ve never received a single invite, not even for the women’s awards — I’m just sitting there and seeing people celebrating.”

Ledwaba said, after being approached by interested parties to stand for president, she tried repeatedly to set up meetings with Jordaan to discuss her intention to run, but was unsuccessful.

“The next thing [I hear from Jordaan], ‘No, we heard there was a meeting to destabilise Safa, so my meeting with you would not work’.

“I said, ‘OK, that’s fine. The reason I wanted to see you was I had been approached and to stand, but I’m going to consult political leaders ... of the ANC, DA and EFF.

“I consulted leaders, women’s organisations, and once I finished, I asked for a meeting with him [Jordaan]. Because first I wanted to look him in the eyes and say, ‘President, I’m here, what do you think?’ I wanted his opinion but he did not give me that opportunity.”

Ledwaba described an NEC meeting, “when we were supposed to appoint [Bafana coach] Hugo Broos”.

“And I want to tell you this one, because it broke my heart. I come in and I greet my president — we’re sitting in the front seats.

“I said, ‘President I sent you a message, you said we would meet tomorrow’. I was going to tell him I had consulted and was going to stand.

“The answer was [Ledwaba beats loudly on the table to demonstrate, and shouts]: ‘I am not going to meet you. You are not a candidate’.

“The NEC are all watching. I said, ‘President, I don’t know what you’re talking about. I was simply asking, because you said we’d meet tomorrow, what time and all that’.

“I had a [moon] boot then, because I was injured. They were all going to the SABC for the announcement.

“Later I went to him, as the NEC are leaving to get on the bus, and said, ‘I won’t be able to join you at the SABC, I have an appointment’.

“I’m just trying to show that I tried, before I even go anywhere [with a decision]. Then I wrote a letter to say, now I will be standing.”

Jordaan has denied the allegations of constitutional manipulation aimed at keeping the Safa leadership entrenched.