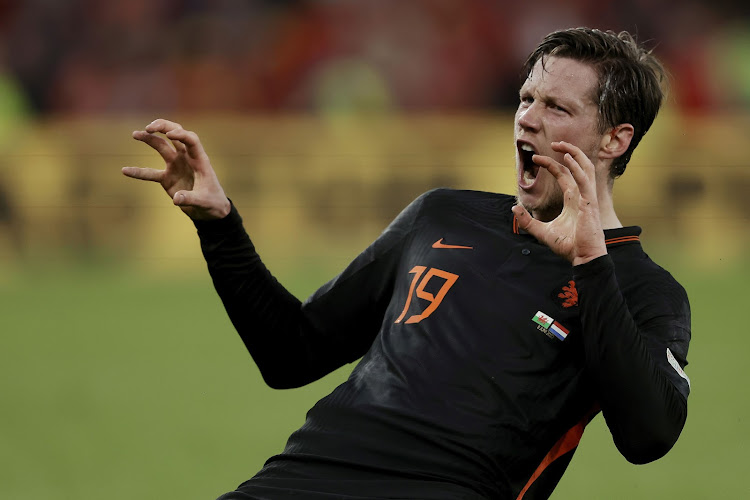 Wout Weghorst of Holland celebrates scoring the winner in the UEFA Nations league match against Wales at the City Stadium Cardiff on June 8, 2022 in Cardiff U
Image: Eric Verhoeven/Soccrates/Getty Images

Gareth Bale said Wales must learn the “dark arts” to break up play when necessary after his side conceded a late winner at home to the Netherlands in the Nations League on Wednesday.

Wales, who secured their spot at the World Cup with a playoff win against Ukraine, equalised in the second minute of stoppage time but failed to see the game out as Wout Weghorst snatched a 2-1 win with a diving header moments later.

Weghorst's goal came after Frenkie de Jong had cut through several Welsh challenges in midfield and Bale said one of his team mates should have fouled the Dutch player to stop him.

“To get the equaliser and to then concede was gutting but we have to learn the dark arts to take him down,” Bale, who came on in the 77th minute, told broadcaster S4C.

“We need to use this as a learning experience. If that happens again in the World Cup, we need to do what we need to do ... when you play the top teams and don't do the things you need to do you get punished.”

Interim manager Page said Wales were not “streetwise enough” to get the result.

“It was a great opportunity but we showed naiveté in seeing the game out. That's a valuable lesson to learn,” he added.

Wales, grouped with the US, Iran and England in Qatar, host Belgium in the Nations League on Saturday.

Wednesday’s win extended the Netherlands’ 100% record over Wales to nine matches and put them top of the Nations League group.

The Dutch next host Poland in Rotterdam on Saturday. — Reuters