Safa hopeful Ledwaba: I have the support, that's why they're panicking 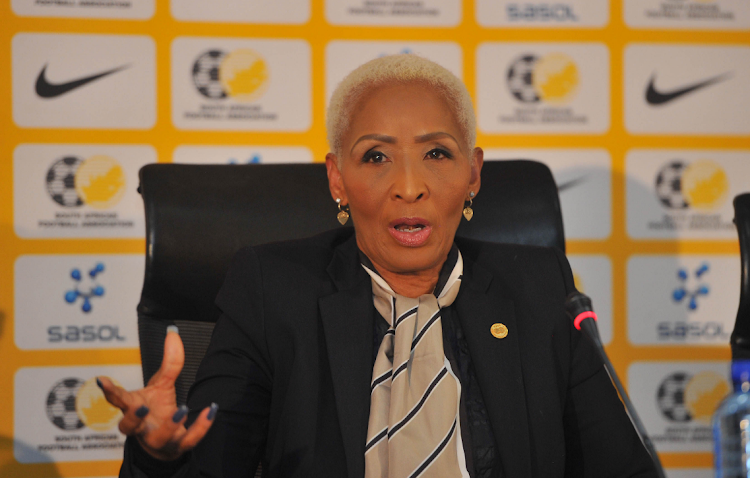 SA Football Association (Safa) presidential candidate Ria Ledwaba says she believes she has enough backing in the association's 52 regions to win the election on June 25.

Despite her claim of widespread support, Ledwaba has taken Safa to court with an intention to interdict the elections as she feels they will not be free and fair regarding alleged constitutional irregularities.

“The support, I do have the support — overwhelming support,” Ledwaba said. “I'm sure that's why there's so much panic [by Safa's current leadership].  If there was no panic we [the media] would not be having all these letters that we're getting and all that. We have plenty of support.”

Ledwaba was referring to letters that have been leaked to the media — specifically one from the Confederation  of African Football (Caf) in which the continental body told the vice-president it would not get involved in the domestic affairs of a member association, but would send a delegation to monitor the Safa elections. This was in response to a letter sent by Ledwaba to global ruling body Fifa, raising the alarm on alleged irregularities with regard to the elections.

Ledwaba also spoke of the terms of office for a Safa president. She said Safa had agreed it should be two terms but did not insert that in the body's constitution. This would explain why Jordaan has been allowed to contest the elections for a third term.