Australia and Arnold keep trucking on rocky road to Qatar 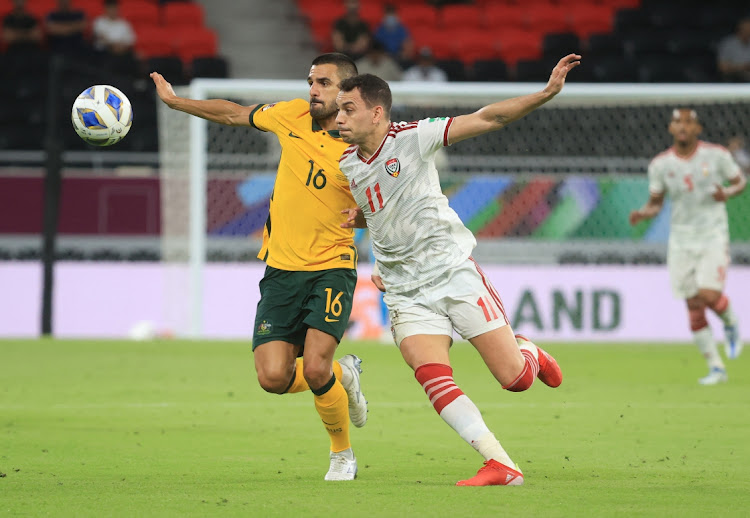 Australia and their embattled coach Graham Arnold live to fight another day.

The Socceroos' 2-1 win against the United Arab Emirates in Doha on Tuesday keeps them in the hunt for a fifth straight World Cup appearance, though they must raise their game to get past Peru in an intercontinental playoff next week.

The victory over the Emirates side was hardly a convincing way to advance, their late winner coming off a deflected Ajdin Hrustic volley, but it fits the pattern of a team who have relied more on grit than class at the sharp end of qualification.

“I was probably 50% happy with our team,” Arnold told reporters.

“I think there's a lot of improvement still.

“We need them all to play better games and a better game against Peru.”

Arnold has largely shouldered the blame for Australia's qualifying troubles while personally struggling with Covid-19 on two separate occasions and losing a string of players to the novel coronavirus.

In another unavoidable setback, he lost key playmaker Tom Rogic, who pulled out of the World Cup playoff due to personal reasons which Arnold admitted he was not privy to.

Further challenges loom as he prepares to take on world number 22 Peru, ranked 20 places higher than his team.

Forward Adam Taggart has a thigh strain and may not be available for the playoff.

Defender Trent Sainsbury has a sore knee but a better prognosis than Taggart.

The Socceroos' defence still looks shaky and will face a huge task to keep out the attacking Peruvians.

But Australia have become accustomed to scraping through to World Cups, and successfully advanced through the playoff route for Russia in 2018 under former boss Ange Postecoglou.

“The old Aussie DNA was backs to the wall. We liked that. We liked being the underdog. We liked people saying that we have no chance,” said Arnold.

“Sometimes you don't play well but you can still win by fighting and running and chasing, being aggressive. That can also be a success.” — Reuters