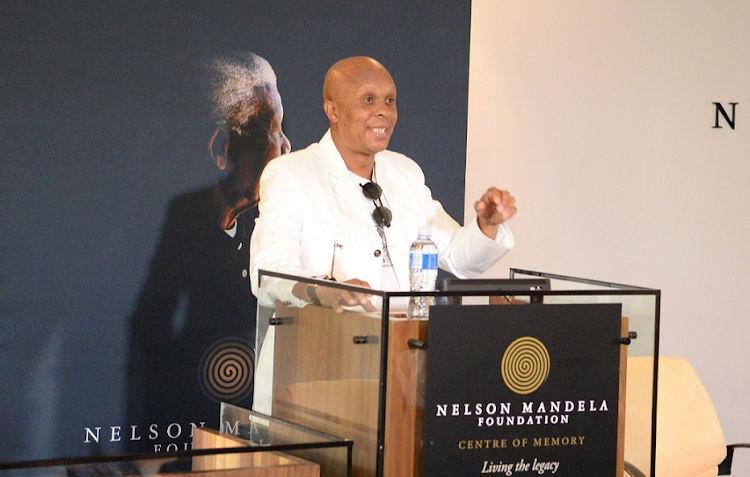 Bafana Bafana icon Doctor “16 Valve” Khumalo is of the opinion national coach Hugo Broos is getting his selections wrong because he has excluded experienced performers from the team.

Broos continues to be criticised for leaving Mamelodi Sundowns players out of the national team, even though the Brazilians are dominating SA football.

Many are calling for Broos to change his mindset and include in-form, experienced players to add stability in Bafana – particularly Downs’ midfield stars Andile Jali and Themba Zwane, who are both being mentioned for the Premiers Soccer League Player of the Season award.

“I do not understand how Ethan Brooks could play in that away match against Ghana ahead of Andile Jali,” Khumalo said.

TS Galaxy midfielder Brooks looked out of his depth as Bafana lost 1-0 to the Black Stars in their 2022 World Cup group stage qualifier in Cape Coast in November last year when a draw would seen them through to the final round of qualifying.

“It was a very big and crucial match. I am a concerned individual. I am concerned about our football,” Khumalo said.

The Kaizer Chiefs legend was speaking at the launch of Ria Ledwaba’s SA Football Association presidential election campaign in Johannesburg on Tuesday.

“Where was Shakes Mashaba, Clive Barker, Jomo Sono, [Stanley] ‘Screamer’ Tshabalala to guide the national team coaches? There was no way Brooks could do better than the experienced Jali.

“I believe Jali could have made a big difference in that match. I respect coach Broos but there is no leadership or cohesion in the structures.

“Let us support the coaches I have mentioned in the structures going forward. If Lucas was honoured in Leeds, we can also honour our ancestors.

“Why are we leaving out the best players we have? Sundowns are the best team by far but their players are not there. This is because people who walked the path are not part of the structures and are being sidelined.

“Clive Barker talked to the other coaches but with our own national team coach [Broos] there are things he cannot do.

“We cannot continue to talk about the class of 1996. It is 26 years later. We must talk about leadership.

“If Ria Ledwaba has what it takes and is the person who can make a change, I will support her. We are a country of talented people and my question is: Are we doing justice to the young generation who want to see change? Why can’t we get the right people in the right positions?”

Barker was coach of the Bafana side, in which Khumalo starred, that won the 1996 Africa Cup of Nations on home soil, SA’s lone success in the continental showpiece.