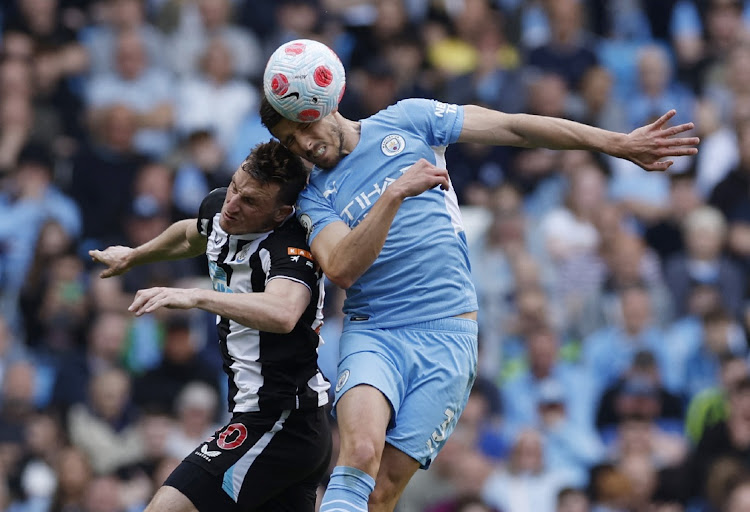 Manchester City will be without three key defenders for the rest of the Premier League title race after manager Pep Guardiola confirmed Ruben Dias was out for the season on Sunday.

City reclaimed top spot from Liverpool with a 5-0 hammering of Newcastle United at the Etihad Stadium, but their joy was somewhat tempered by the injury news.

While City have built a three-point lead with three games to go, Guardiola will have to do without Dias, John Stones and Kyle Walker for their games against Wolverhampton Wanderers, West Ham United and Aston Villa.

A muscular problem forced Dias off at halftime against Newcastle while Stones and Walker both suffered injuries in the Champions League semifinal tie against Real Madrid.

“Ruben, Kyle and John out until the end of the season,” Guardiola said. “Next preseason maybe they will be ready.

“Ruben's problem is muscular. Not the same position, but hamstring.”

With Nathan Ake, an unused substitute against Newcastle, also struggling with an ankle injury, Guardiola says he only has three fit defenders available for Wolves.

“He has a problem in his ankle for a long time,” Guardiola said. “It happened in the game against Leeds. Still he has a little niggle and doesn't feel comfortable.

“We have Joao (Cancelo), Oleks (Zinchenko) and Aymeric (Laporte).”

Meanwhile,  City's thumping victory over Newcastle was the perfect response to their agonising Champions League exit and has put them in the driving seat in the Premier League title run-in, midfielder Jack Grealish said.

City came into the game on the back of a dramatic semifinal defeat by Real Madrid in Europe's elite club competition but a brace by Raheem Sterling and goals by Aymeric Laporte, Rodri and Phil Foden proved the perfect pick-me-up for Pep Guardiola's side.

“We always knew there was going to be pressure on us, especially after midweek,” Grealish told reporters. “We bounced back perfectly. We stuck together as a unit, which was needed.

“Fingers crossed, we have to go back and work hard as we have another huge game on Wednesday.”

Grealish said the victory against an in-form Newcastle side was all the more important after Liverpool were held to a 1-1 draw by Tottenham Hotspur.

“We played against a good Newcastle team who have been brilliant since January. Today was the perfect response and perfect performance,” Grealish, who made a late assist for Sterling, added.