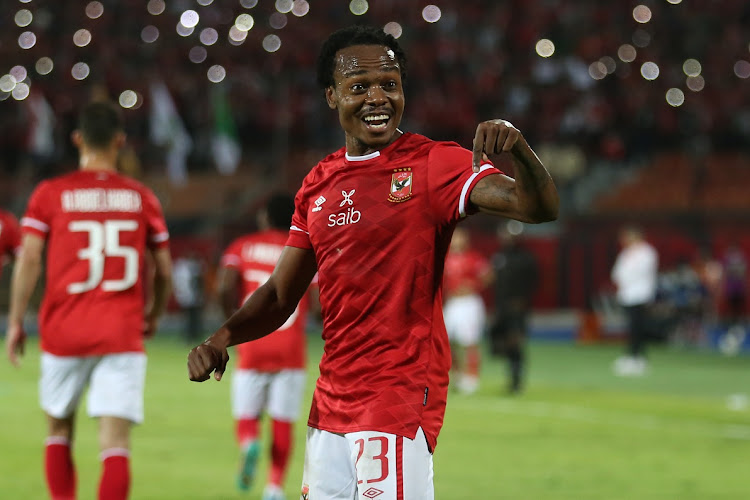 Percy Tau scored twice for coach Pitso Mosimane's Ahly and provided assists for both Taher Mohamed Taher and Mohamed Sherif as the home side put in a dominant performance against Setif, who had Amir Karaoui sent off after just 34 minutes.

Egyptian side Al Ahly are Africa’s most successful club and looking to reinforce their dominance of the continental club competition after winning the last two editions of the Champions League. They will play the second leg away in Algiers next Saturday.

The Champions League final is set for May 29 but the venue is still to be decided by the Confederation of African Football.

In Saturday's earlier semifinal Morocco’s Wydad Casablanca took a giant stride to a place in the final beating hosts Petro Atletico of Angola 3-1 in their semifinal first leg tie on Saturday.

🎶 Percy Tau, man of the match

An own goal from Petro’s Brazilian skipper Tiago Azulao, who deflected a free kick into his own net, and a stunning long-range strike by Wydad captain Yahya Jabrane put the visitors 2-0 up at half time. Congo international Guy Carel Mbenza increased the lead in the 68th minute before substitute Job Estevao pulled one back for the home side with a free kick nine minutes from time.

Petro also had midfielder Soares, another of their Brazilian contingent, sent off in the closing stages. The second leg will be played in Casablanca next Friday.