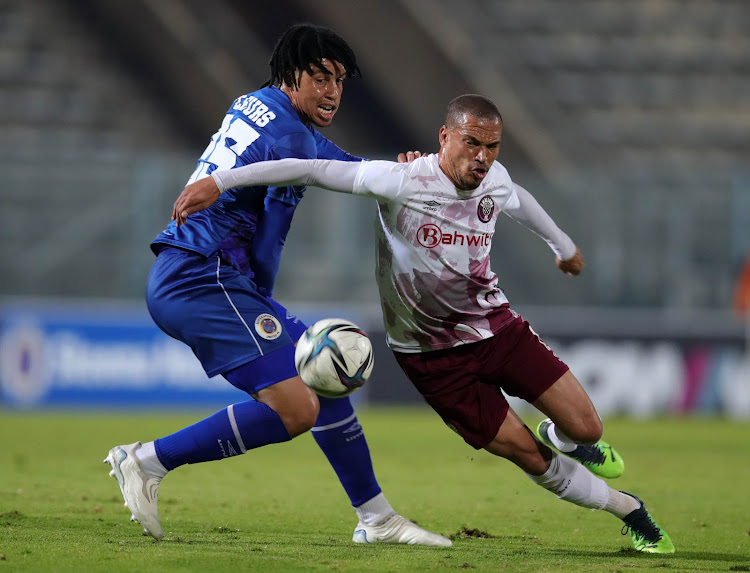 Swallows earned a priceless away point during their drama-filled 2-2 DStv Premiership encounter with SuperSport United at Lucas Moripe Stadium on Friday night.

With this share of the spoils, Swallows’ mission of avoiding automatic relegation remains firmly in their hands as they are three points adrift of bottom-of-the-log Baroka with two games remaining.

For SuperSport, they remain in eighth spot on the standings and they may be overtaken at the weekend by Golden Arrows, Sekhukhune United or Marumo Gallants.

Swallows will be hoping that Baroka drop points in their next and crucial match against Chippa United at the Nelson Mandela Bay Stadium on Saturday afternoon.

United opened the scoring in the eighth minute when defender Kegan Johannes blasted the ball into an empty net from close range despite pressure from Junaid Sait.

Swallows equalised in the 50th minute through the effort of Ruzaigh Gamildien who connected with a close range pass that was delivered by attacker Monnapule Saleng.

United retook the lead after 70 minutes when Iqraam Rayners finished a dangerous pass from the right wing that was delivered by busy Gamphani Lungu.

There was drama deep into optional time when referee Victor Hlungwani controversially pointed to the spot saying that Kagiso Malinga was brought down in the box by SuperSport’s Selaelo Rasebotja.