Liverpool don't do it the easy way, concedes Alexander-Arnold 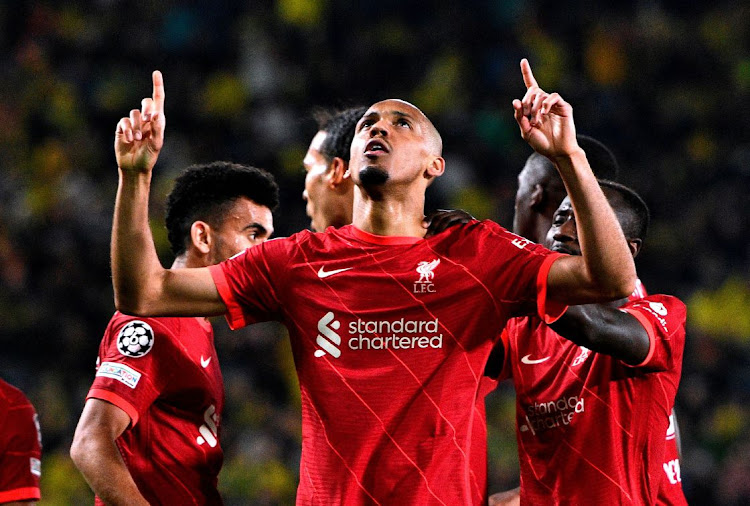 Liverpool made life difficult for themselves against Villarreal but were confident in getting the job done, defender Trent Alexander-Arnold said after his side came back from two goals down on Tuesday to reach the Champions League final.

Liverpool played the proverbial game of two halves to book their spot in the showpiece after a 5-2 aggregate semifinal win, bouncing back from conceding two goals in the first half of the away leg in Spain to score three times in the second.

Alexander-Arnold was easily beaten for Villarreal's second of the night from Francis Coquelin, but goals from Fabinho, Luis Diaz and Sadio Mane spared his blushes. Liverpool head to the final in Paris on May 28.

“We never tend to make these Champions League semis easy for ourselves,” full back Alexander-Arnold told BT Sport.

“It was difficult for us (in the) first half, sometimes you can't really control the game the way you want to. They started the game very well, scored early goals which is obviously what they wanted to do, but like I said, we got the game done,” he added.

Fabinho fired Liverpool back into the lead in the tie in the 62nd minute, backing himself to score rather than passing.

“When I received the ball from Mo Salah my first thought was to pass the ball, but I thought Sadio was offside, I don't know, so I decided to shoot. And I think that (was) the best option,” the Brazilian midfielder said.

For 45 minutes Villarreal, whose town population of around 50,000 would fit inside Liverpool's Anfield stadium with seats to spare, looked like they were in with a chance, and though Raul Albiol was disappointed to see his side go out, he was proud too.

“Football is beautiful — this was a defeat, but we will always remember this run ... a sad night, but also unforgettable,” the defender told reporters.

The Liverpool team head home to prepare for their Premier League meeting with Tottenham Hotspur on Saturday.

Liverpool secured their third Champions League final in five seasons under the German.

“It feels like the first in 20 (years),” Klopp, who led Borussia Dortmund to the final of the competition in 2013, told BT Sport. “It's outstanding, because we obviously made it a little tricky for ourselves, but we knew these kind of things could happen.”

The coach conceded that he struggled to find highlights from the opening 45 minutes to show his players.

“We knew what was wrong because it was obvious, but we didn't have a situation to show them where we got it right,” Klopp explained.

The introduction of Colombian winger Luis Diaz at the break seemed to liven up Liverpool's attack.

“Obviously Luis, what a player he is, but it's not about who came on, it was about how we started to play,” Klopp explained. — Reuters