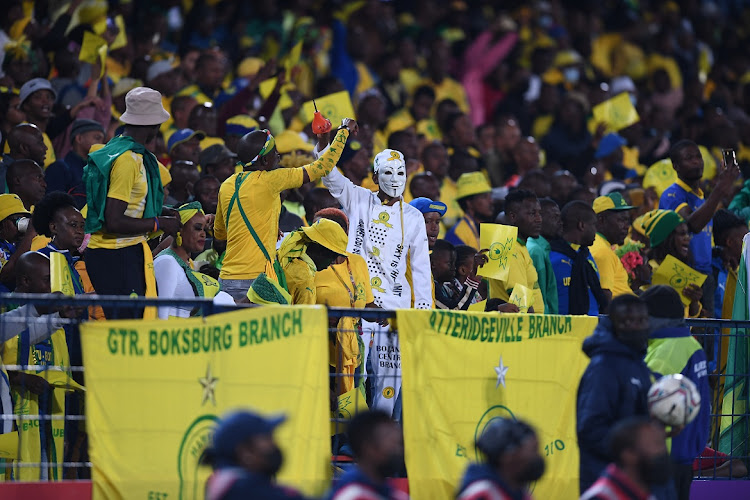 What a difference three days can make. Deep in the bowels of FNB Stadium on Saturday night Mamelodi Sundowns were shaken to their foundations after they were dumped out of the Caf Champions League by Petro Atletico from Angola.

But this lean and mean Brazilians winning machine put that disappointment behind them to clinch their unprecedented fifth successive DStv Premiership title with their 0-0 draw against Cape Town City on Wednesday night.

The Brazilians came into the match at Loftus needing a point to reach an unassailable 58-point lead from 26 matches at the top of the standings and they did just that.

In a season where Downs dominated the Premiership, this was the earliest a league championship had been wrapped up in SA since the 2006-07 season, also by Downs, ending that campaign 10-point winners over runners-up Silver Stars.

After the loss to Petro, which saw them fail to reach the semifinals of the Champions League for the fifth season in succession, coach Manqoba Mngqithi called for a reaction and his players responded.

With this league championship, Sundowns remain on course for a treble as they are in the semifinal stage of the Nedbank Cup where they take on Royal AM at Chatsworth Stadium on Saturday.

A few weeks ago Mngqithi said Downs were chasing the league record of 71 points they set in 2016 but that mark will remain unmatched as they can only finish on 70 from here.

It's all over from Loftus! PSL title Number 1️⃣2️⃣ is in the bag! 🏆

In those matches the focus will also be on striker Peter Shalulile who is sitting on 21 league goals. The Namibian hitman is four goals from matching the record of 25 in the league set by then-Chiefs striker Collins Mbesuma in the memorable 2004-05 season.

There were muted celebrations after the match on Wednesday night as the Brazilians rubber-stamped their status as the undisputed SA domestic champions of the professional era with their 12th league title.

Sundowns’ co-coaches — Mngqithi, Rulani Mokwena and Steve Komphela — made three changes to the team that drew 1-1 against Petro with Aubrey Modiba and Grant Kekana coming in for Lyle Lakay and Thapelo Morena.

In one of the few chances of the first half  City goalkeeper Hugo Marques was forced into a point-blank save from Neo Maema after five minutes as Sundowns made their intentions clear.

The two teams went at each in the second half with the visitors threatening through Craig Martin, Khanyisa Mayo and Brice Ambina, but neither could find a goal.

Victory for City could have brought them within one point of Royal in their battle for qualification for the Champions League next season.

Sundowns also threatened through Shalulile, Themba Zwane, Maema and Bradley Ralani but had to settle for a share of the spoils, which was enough to clinch the championship in front of some 6,000 of their delighted fans.