Liverpool defeat could have been much worse, says Villarreal boss Emery 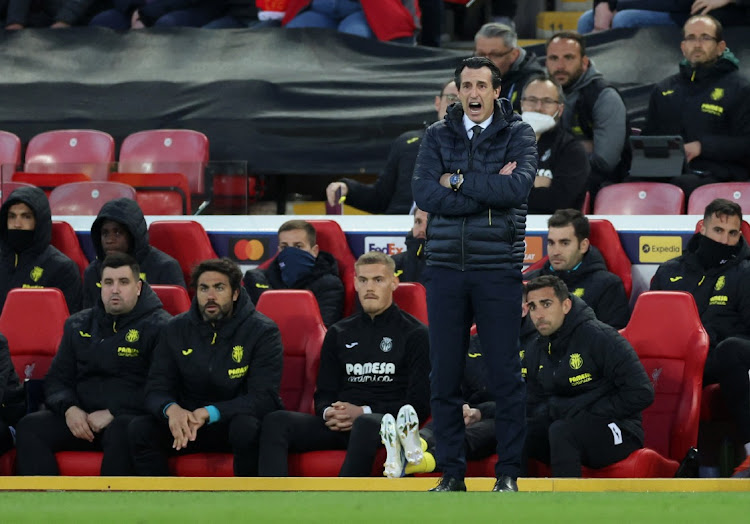 Villarreal coach Unai Emery was relieved that his side will go into the second leg of their Champions League semifinal with Liverpool with only a 2-0 deficit after their defensive gameplan backfired at Anfield.

Liverpool had looked frustrated in the first half as Villarreal manned the barricades but the hosts got their reward after the break thanks to an own goal and a Sadio Mane strike.

The Spanish side were under the cosh for the entire game and did not manage a shot on target.

“I have to admit, it could have been much worse,” Emery told Movistar Plus.

“We have tried to attack, to pass, to construct but they did not let us do anything and our last resort was to resist defensively to survive for the second match.

“We didn't do enough to lament about anything. We have to be humble and try to make the second leg a totally different game. We have to play with more intensity, like we are used to.”

Emery's side looked a shadow of the aggressive and daring team that knocked-out Juventus in the last 16 and beat Bayern Munich in the quarterfinals.

“The plan was to try to hold them scoreless as far as possible and take the game to our stadium,” centre back Pau Torres told Movistar Plus.

“But in the end any mistake penalises you,” he added, referring to Villarreal defender Pervis Estupinan deflecting a Jordan Henderson cross into his own goal early in the second half.

“We felt comfortable in the first half, our plan was working to perfection, but we had a very good opponent up front of us that managed to score the second goal too quickly because we were still taking in the blow of the first.”

The Europa League holders could not play the high-pressure counterattack that caused so much trouble for Juve and Bayern and were lucky not to lose by a wider margin.

The Spanish side, however, believe they are still alive in the tie ahead of next Tuesday's return encounter.

“We are only two goals behind. A lot of things can happen in football and 90 minutes is a long time. If we manage to score early we are back in the tie,” Torres said.

“At home we are a totally different team, we are going to go out there and play to win. We still trust in ourselves, we have no doubt. I can promise our fans they are going to see a Villarreal that they can identify with in the second leg.” — Reuters