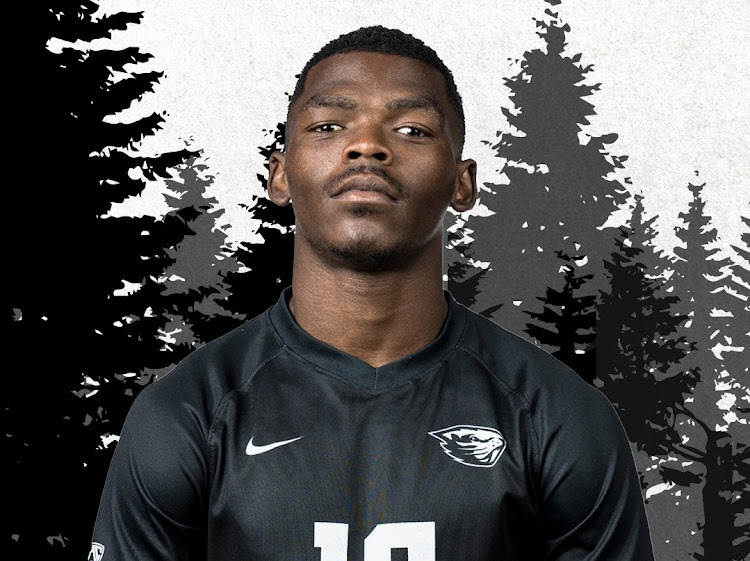 Ntsabeleng, who spent time in the development structures of Kaizer Chiefs and Mamelodi Sundowns, signed for Dallas from Oregon State University this week.

Khan had the attacking player at his Brixton, Johannesburg-based Stars of Africa Academy and says it is a shame his talents were not recognised in SA.

It is talent that will see him become the third South African to feature in the MLS this season after Kamohelo Mokotjo at FC Cincinnati and Bongokuhle Hlongwane, who signed last week for Minnesota United from Maritzburg United.

Ntsabeleng was loaned by Stars of Africa to Chiefs to feature in their MultiChoice Diski Challenge reserve side in 2018, but with offers limited at home he took up the opportunity to play college football in the US.

There he was a sensation, winning multiple personal honours. Khan feels it is poor that a player like Ntsabeleng was not called up more to junior national teams, but says this is symptomatic of a system that does not necessarily scout for the best talent everywhere, rather concentrating on certain teams and areas.

This, ultimately, is hurting the senior national side, he said, as so many quality players slip through the net.

“The problem is that our scouting system does not cover all the talent in the country when they select the junior national teams,” Khan told TimesLIVE.

“He [Ntsabeleng] should have been in the junior national teams for sure. I thought the same at the time for Tokelo Rantie and May Mahlangu. They were also not selected because the scouting system looks in certain directions only.

Congratulations to Tsiki Ntsabeleng on being selected as the 28th pick in the first round of the @mls SuperDraft by FC Dallas! pic.twitter.com/AGaQR0hrzD

“That shows there is a big flaw in the way we select national teams and it is hurting our football. How many players have slipped through the net down the years because of this? How much talent has been lost to our national teams?”

Khan feels it is this fact that should be brought into the equation when it comes to assessing Bafana Bafana coaches, who are being deprived of options that could improve their chances of success.

“When are we going to stop blaming the demise of the SA game on senior national team coaches, when actually the problem lies with the development structures?” he queried.

“It is the case all over the world that your best coaches are found with the junior national teams because these are the people who prepare the players for senior international football.

“So it makes sense that you have the best coaches and the best scouting system at junior level because that gives you the greatest chance to develop top players. Until we get that right, we will not realise our potential as a football nation.”

Khan is confident Ntsabeleng will develop into a fine player for Dallas.

“He was a scrawny player when he came to us,” Khan says. “That being the case, we used him as a full-back.

“But he was very skilful on the ball and definitely a player with the potential to play professional football, even if he was not initially well-suited physiologically.

“But we spent a lot of time with him in the gym, building him up and getting him to the right level physically. In terms of ability, I have never had any doubt that he could make it.

“I definitely think he will go on to become a top player. He has everything he needs and will be in a good, professional environment.”