West Ham up to fourth as Bowen double sinks Norwich 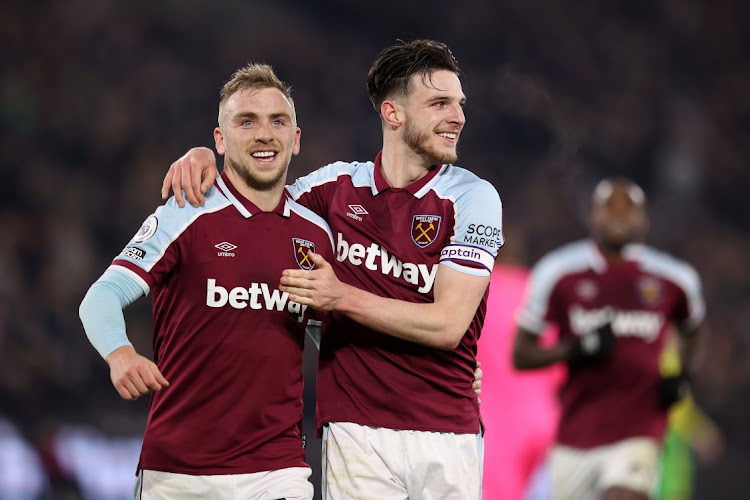 Bowen, touted for an England call-up by West Ham manager David Moyes, had one effort ruled out in the first half but was not to be denied as he headed home in the 42nd minute.

It was a familiar story for Norwich who played some attractive football and threatened an equaliser in the second half with Adam Idah denied by a great save from Lukasz Fabianski.

But Bowen wrapped up a third successive league victory for West Ham in the 83rd minute, converting past Tim Krul from a superb delivery by substitute Arthur Masuaku, the goal originally being ruled offside but allowed after a VAR check.

West Ham moved above Arsenal into the Champions League qualification places with 37 points from 21 games. Arsenal, who have a match in hand, are two points behind.

“It was a good performance. Norwich are fighting for points. We had to put the barricades up a little bit but with our attacking threat we've always got a goal in us,” Bowen said.

“We hit a bit of a rough patch and we were disappointed with our performances but that shows the standards we have set ourselves. We'll just keep going about our business.”

Bowen has been directly involved in 12 Premier League goals this season with five goals and seven assists.

And his form is helping West Ham maintain their push to try to bring Champions League football to the London Stadium.

“His all-round play is improving. He has been great for us and has got goals and assists in him,” Moyes said.

Bowen could have had a hat-trick had his first-half effort not been ruled out because Nikola Vlasic was adjudged to have been in an offside position and interfering with Krul.

Norwich, who have now lost six league games in a row without scoring, competed well in the first half but slipped behind when Bowen nodded in Vladimir Coufal's cross.

Bowen also struck the woodwork twice but Norwich were close to a surprise leveller when Idah showed great footwork before firing a shot that Fabianski touched against the post.