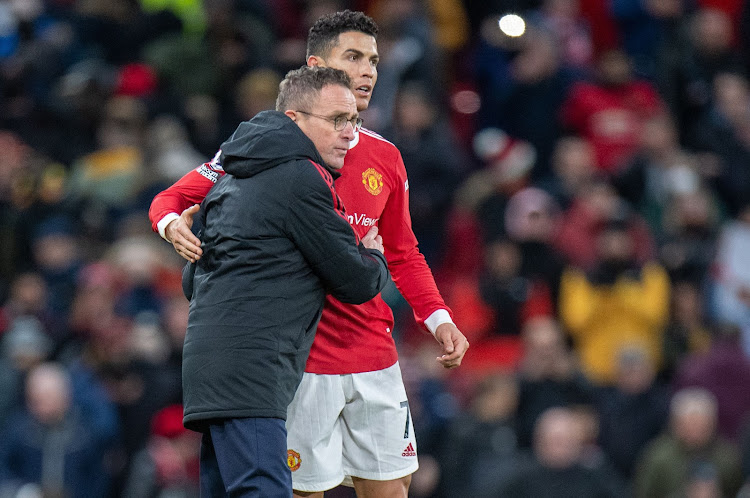 Manchester United forward Cristiano Ronaldo has backed interim boss Ralf Rangnick to do a good job at the Premier League club but said the German needs time to bed in his ideas and improve the team's performances.

Rangnick was appointed until the end of the season after the sacking of Ole Gunnar Solskjaer in November after a poor run of results and the 63-year-old has faced questions from the media about players being unhappy with his methods.

“Since he arrived ... he changed many things,” Ronaldo told Sky Sports. “But he needs time to put his ideas across to the players. I believe he's going to do a good job. We know we aren't playing the best but we have many games to improve.

“Since he arrived I think in some points we're better ... It isn't that easy to change the mentality of players and the way they play, the culture, the system like that.”

United suffered their first defeat under Rangnick in last week's 1-0 loss to Wolverhampton Wanderers and sit seventh in the league with 31 points at the halfway stage of the season.

“I don't accept that our mentality be less than being in the top three in the Premier League,” Ronaldo said.

“I think to build up good things, sometimes you have to destroy a few things. So why not — new year, new life and I hope United can be the level fans want. They deserve that.

“We're capable of changing things now. I know the way but I'm not going to mention it here because I don't think it's ethical on my part to say that. What I can say is we can do better — all of us ... I'm here to try to win, compete.”