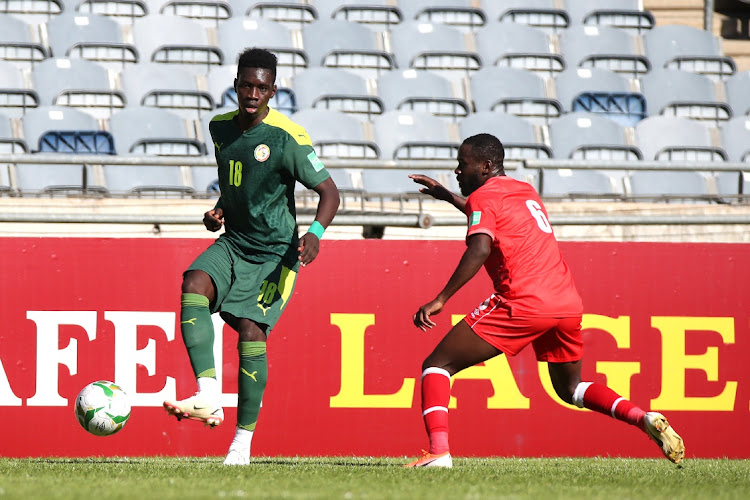 Ismaila Sarr of Senegal is challenged by Larry Horaeb of Namibia during the Qatar 2022 FIFA World Cup qualifier at the Orlando Stadium in Johannesburg on October 12, 2021
Image: Gavin Barker/BackpagePix

Watford midfielder Ismaila Sarr has been released by his club to join up with Senegal’s squad for the Africa Cup of Nations finals, ending a standoff between club and country.

The Senegal Football Federation said in a statement that Sarr had departed London to join up with the squad, after initially not being released by the Premier League club.

Watford said at the weekend that Sarr was injured and not fit to compete after being accused of stopping the player from going to this month’s tournament in Cameroon.

Senegal accused Watford of providing “spurious” reasons for denying Sarr permission to travel but the Premier League club invited the Senegalese to send their own doctor to assess his injury.

“Ismaila Sarr suffered a knee ligament injury on November 20 in the match against Manchester United and has not been fit to play for Watford since,” the club said.

“In early December, the club wrote to the Senegal Football Federation outlining the clinical diagnosis of Ismaila's injury and immediately followed that up by supplying the MRI scans detailing the extent of the injury. After further consultation with medical experts, we informed the federation of Ismaila's rehabilitation process and likely time frame of recovery.

“Within the past 10 days, the club has reiterated to the Senegal Football Federation the player's current medical status and recovery schedule,” Watford's statement continued.

“The Hornets have also invited the Senegal Football Federation to instruct their own independent surgeon to confirm the diagnosis and rehabilitation period.”

Senegal said they would seek Fifa’s intervention and demanded the winger's release to join the rest of the squad who are preparing in Dakar.

Fifa rules state that any player called up for international duty must be released, even if injured, so that he might be assessed by his country’s own medical team.

Senegal had already named Sarr in their squad for the tournament, which kicks off on Sunday. They play their first game in Group B on Monday against Zimbabwe in Bafoussam. — Reuters