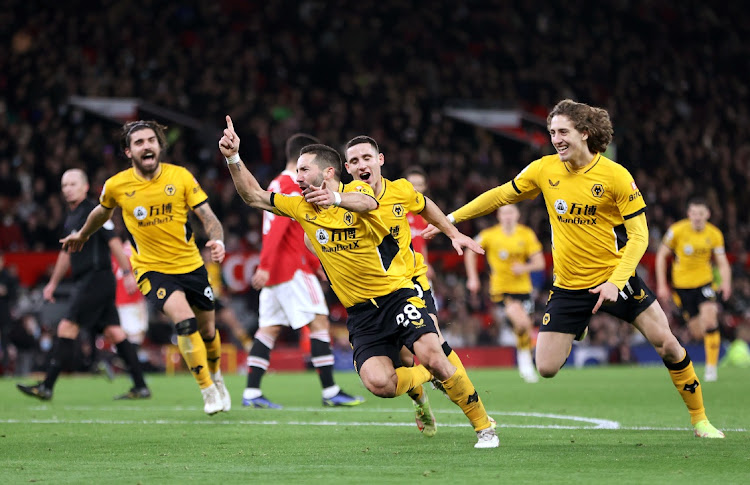 Manchester United defender Luke Shaw has questioned the togetherness and commitment of Ralf Rangnick's squad after Monday's 1-0 home defeat by Wolverhampton Wanderers, the latest setback in their troubled season.

“We have to put more pressure on them, we have to have intensity. Us players, we have been here a long time, maybe tonight we struggled, I didn't think we were all there together. You look at the players we have, we have unbelievable quality but sometimes quality is not enough,” Shaw told Sky Sports.

Joao Moutinho's 82nd minute goal settled the contest but Wolves could have wrapped the game up long before then after creating a series of first half openings.

“It was not good enough, we really struggled, we couldn't get hold of the ball and when we didn't have the ball we weren't aggressive enough. We didn't put them under any pressure,” added the England full back.

“It maybe looked like an easy game for them. A disappointing performance and result. We didn't have many options on the ball and we weren't on the front foot,” he added.

“We need to bring the intensity and more motivation. Inside the dressing room, we know what we want but out on the pitch we need to give 100%. To win these types of games we all need to be 100% committed. It is tough and disappointing,” he said.

With no game until the Jan. 10 FA Cup tie with Aston Villa, Shaw is hoping the sessions with Rangnick at Carrington will bring some change.

“We have time now to refocus back, we got a long training week and maybe the manager can bring some more ideas to what he wants on the pitch,” he added.

Rangnick, who took charge of United on interim basis in December, heard the boos of a frustrated Old Trafford crowd when he substituted Mason Greenwood — a puzzling decision given the forward was the most effective United player.

“We decided to keep Edi as the more offensive, the more striker of the two on the pitch. I take off Mason, that was my call.

“We could also have done it in a different way but it shows how highly, how the fans like Mason as a home-grown player and, as I said, his effort and performance was not outstanding but at least he was one of the better players today.”

The visitor's persistent endeavours were rewarded when Moutinho settled the affair with his low shot past the helpless David De Gea and set off loud celebrations for the travelling support.

“Winning here at Old Trafford against a big team is amazing for us,” said Moutinho.

“We came here to play football, play with the ball, that's what we do. We created a lot of shots in the first half. We controlled everything. We only let them create one opportunity,” he added. — Reuters