Clever buys: 10 players who arrived with little fanfare, but turned out to be huge hits in the PSL 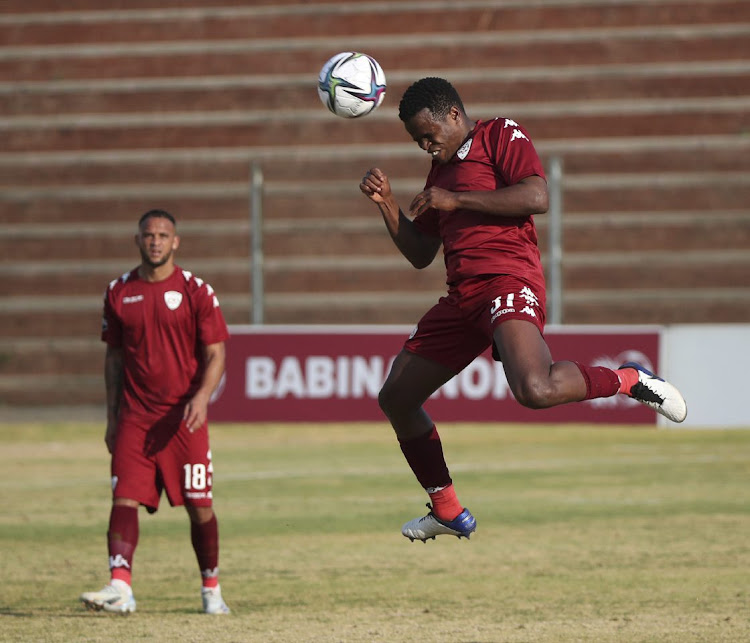 The opening of the transfer window on January 1 means clubs can add to their squads for the remainder of the campaign with one major deal already confirmed as Surprise Ralani has made the switch from Cape Town City to Mamelodi Sundowns.

Clubs are always on the lookout for the next gem, and in these financially challenging times for most teams signing a player for little outlay who turns out to be a key component of the side is a big win.

There have been plenty such cases over the years and TimesLIVE picks out 10 players who arrived with little fanfare and turned out to be big hits.

More than a few eyebrows were raised when Chiefs signed a little-known Zimbabwean midfielder from Ajax Cape Town in 2011.

Katsande had spent the previous season at Ikamva, but made little impact with three league starts in what was an uninspiring showing.

But for most of the next decade at Naturena he proved a rock for Chiefs, and played a big role in the success of the club during Stuart Baxter’s first spell in charge. He eventually left before the 2021/2022 campaign for new club Sekhukhune United.

It was no surprise when Mamelodi Sundowns signed industrious midfielder Kekana from Bloemfontein Celtic in the 2011/2012 season, but few could have predicted the impact he would have on The Brazilians.

Kekena would go on to captain the club through the most successful period in their history and become the talisman for the side with his high work-rate and no-frills style.

He was a regular for nine seasons before his influence began to wane last season, and he eventually left by mutual consent during this campaign. He is now a free agent.

He won six league titles with the team as well as the CAF Champions League, and scored some of the most memorable goals in PSL history.

“Who?” was the cry from many Orlando Pirates fans when Lorch was signed from Cape Town All Stars in the 2016/2017 season, and his value in their eyes did not increase when he was loaned out to Chippa United.

But after six months with the Chilli Boyz he had done enough to show his quality and was recalled by Pirates to slot into the first team, and has not looked back despite injury worries and a period where he lost form.

He won PSL Footballer of the Season for the 2018/2019 campaign and remains a crucial player for The Buccaneers, getting back to his best form after a return from injury before the current midseason break.

Mutizwa was viewed as a young starlet in Zimbabwe and snapped up by Wits in 2016, though he would never kick a ball for The Clever Boys. Instead he was loaned out to Golden Arrows, a move that became permanent, and has gone on to become the record goalscorer in Abafana Bes’thende’s history.

His tally of 44 goals is one more than previous record holder Mabhuti Khenyeza, and at the age of 28 he can still add to that number.

Mabena was never considered a regular at Orlando Pirates after his arrival in the 2009/2010 season, but when he failed to make a single league start in 2013/2014 it was clear his time at the club was up.

There was no clamour for his signature, but he eventually moved to Platinum Stars and the rest, as they say, is history.

After three excellent seasons with Dikwena he signed for Bloemfontein Celtic, where he was the "main man", and were it not for his advanced age (he is now 34), he would surely be at a bigger club.

He is a player that oozes class and is looking to help Royal AM in their first season in the top-flight after they purchased the status of Celtic.

Benni McCarthy decided to take a chance on a scruffy youngster from Kensington who had spent his career in the amateur ranks before being given a chance to trial, at the age of almost 24, for Cape Town City.

But what an inspired decision that proved, as Martin quickly cemented his place in the City side and has become one of the most dependable right-wingers/fullbacks in the DStv Premiership.

That led to a Bafana Bafana call-up and now, at the age of 28, he looks as though he is coming into his prime. We might still see the best of him in the years to come.

Ugandan international Onyango had almost instant success when he joined SuperSport United in the 2006/2007 season, going on to win three DStv Premiership titles in a row.

He lost his way a bit and for the next four seasons barely featured for Mpumalanga Black Aces, Mamelodi Sundowns and Bidvest Wits, where he was on loan.

But a return to Sundowns for the 2014/2015 campaign changed everything and he has enjoyed incredible success as the main man between the posts, winning the 2016 Africa-based CAF Player of the Year prize as The Brazilians lifted the Champions League.

Many assume that Pienaar came through the youth academy at Ajax Cape Town, but that is not strictly true. He was developed under the watchful eye of Cavin Johnson at the Safa School of Excellence.

It was from there that newly formed Ajax secured his services in 1999 and quickly pushed the 17-year-old into the first team, where he would excel and two years later move to Ajax Amsterdam.

A long and successful career in Europe followed, most notably with English Premier League Everton, where he is revered as a club legend.

When Highlands Park snapped up Namibia international Shalulile in 2015 it was a transfer that went well under the radar.

The striker had been a star performer for the Brave Warriors as they won the 2015 Cosafa Cup, but it was Highlands who took a chance on his raw talent when nobody else would.

Two of his first three seasons with the team were spent in the GladAfrica Championship, but a goals return of 49 in 114 starts is not bad and was enough to persuade Mamelodi Sundowns to make their move. It has already paid rich dividends and he is arguably the best striker in the DStv Premiership.

Vardos FC were an amateur team competing in the Gauteng ABC Motsepe League, whose perhaps single claim to fame is that they competed in the 2012 and 2013 Nedbank Cups.

But before that they sold a youngster to Mamelodi Sundowns in what is a rarity for a player to go from the amateur ranks straight to The Brazilians’ first team.

Zwane initially struggled and had a season on loan at Mpumalanga Black Aces, but after that blossomed into arguably the best player of his generation in SA and the most technically gifted in the PSL.