Tuchel says injury crisis is too much for Chelsea 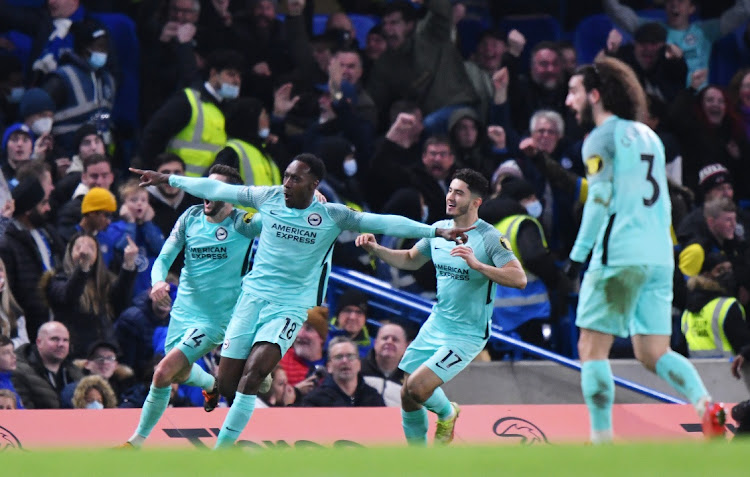 Chelsea coach Thomas Tuchel vented frustration at a snowballing injury crisis, and some refereeing decisions, as his side fell further behind Premier League leaders Manchester City with a 1-1 home draw against Brighton and Hove Albion on Wednesday.

Tuchel was left hopping on the touchline as his players put in an error-strewn performance that the German blamed on a string of injuries and Covid-19 cases that have stretched the European champions.

“It's too much, at some point it's too much,” a visibly strained Tuchel told reporters after he saw wingback Reece James hobble off with a hamstring injury before fellow defender Andreas Christensen went off at halftime with a back problem.

“This is where we are and you need to adapt your demands to the situation you are in,” the German said. “We need a full squad over weeks and weeks, and then we can play much better.”

Chelsea's personnel crisis began in October when strikers Romelu Lukaku and Timo Werner were injured in the same match and since then they have lost defender Ben Chilwell to a long-term knee injury and seen N'Golo Kante, Mateo Kovacic, Thiago Silva, Kai Havertz and others sidelined by injuries and Covid-19.

Chelsea sought in vain to have their December 19 match against Wolverhampton Wanderers postponed because of their shortage of fit players and Tuchel said he simply did not know what his squad was capable of now.

“We have simply way too many players who we don’t know what we can demand,” he said.

Tuchel criticised referee Michael Dean for not awarding Chelsea what he said was “a 100% penalty” for a challenge on Christian Pulisic and for blowing his whistle before a shot from Mason Mount crossed the line after a “50-50" challenge.

“Why does the ref need to whistle before the ball is over the line? Is he so sure?” the German said, suggesting Dean should have allowed the play to continue and then allow the VAR system to check for a foul.

The European champions went ahead when Lukaku rose the highest to meet a corner from Mount in the 28th minute, taking advantage of a makeshift Brighton defence that was missing centre-half stalwarts Lewis Dunk and Shane Duffy.

But a spirited Brighton pushed hard for their first ever goal at Stamford Bridge and had Chelsea pinned back for long periods in the second half.

The Blues reasserted a degree of control when Tuchel sent on N'Golo Kante as a substitute to shore up his flagging midfield.

But just when it seemed as if the hosts were going to hang on for three vital points, Danny Welbeck rose between defenders Antonio Rudiger and Trevoh Chalobah to head in a Marc Cucurella cross in the 91st minute.

Brighton manager Graham Potter praised his players for pushing right to the end to get the point.

“I thought it was a fantastic performance from the players really full of courage full of quality,” Potter said.

Tuchel must now try to pull his squad together for what could be a defining couple of weeks in the Blues faltering push for the title. They host Liverpool on January 2 before visiting Manchester City on January 15.