Match-winner Foden had nothing to prove, says Guardiola 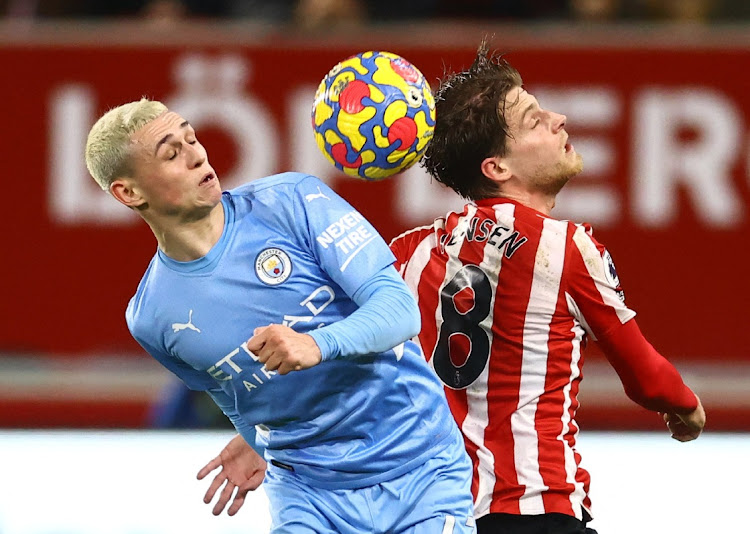 Phil Foden got back in Manchester City manager Pep Guardiola's good books in the best way possible with the winner at Brentford on Wednesday to put his side clear in the title race.

The 21-year-old England international was left out of the last two games after he and Jack Grealish upset Guardiola with a night out on the town after a 7-0 win over Leeds United.

Foden's fifth league goal of the season, a silky finish from Kevin de Bruyne's exquisite pass, capped a fine display by the forward who was at the heart of City's best moments.

The fact a player of such quality could be left out at a crucial stage of the season highlights the attacking riches Guardiola has at his disposal.

But Foden showed his quality and earned some warm words from his manager after a 1-0 win at Brentford — City's 10th in succession in the league to leave them eight points ahead of Chelsea and nine in front of Liverpool.

“Phil has always been outstanding since he came up with us to start to train and play,” Guardiola said.

“He is a guy who can play in different positions and at an exceptional level. He is always a good player and we had no doubt about that.

“He does not need to prove anything to me. He needs to enjoy football like he used to as a little boy.”

With a huge lead heading into the new year, City are beginning to look odds on for a fourth title in five seasons.

But Guardiola cautions against suggestions that the title race is now looking like a one-horse race.

“There are 54 points to play for,” he told Amazon Prime. “Thank you for the nice words because we win but I am not going to believe you if you say it is already done.

“Chelsea and Liverpool are more than exceptional. One is the champion of Europe and Liverpool have been our big rival in recent years. We won a game but we are at the end of December with many games to play.”

They were far from their slick best in west London, however, with Brentford always looking capable of salvaging something.

De Bruyne did hit the post after the break and both Foden and Aymeric Laporte had goals disallowed as City sought to give themselves a cushion.

Seconds after Joao Cancelo had cleared off the line to deny Brentford the lead, City went ahead in clinical fashion.

A flowing move ended with the ball played back to De Bruyne whose instinctive first-time pass picked out for the fractionally onside Foden. He feathered a volley past Alvaro Fernandez for his fifth league goal of the season.

Brentford had started the game in lively fashion with City keeper Ederson reacting well to keep out a cross that deflected off of Ruben Dias.

City dominated early in the second half with Foden heading wide from another De Bruyne delivery before having a goal disallowed for offside.

Brentford rode their luck as De Bruyne smacked a left-footer against the base of the post before Laporte's majestic header was ruled out for a marginal VAR offside decision.

City held on with few real scares to reach 50 points from 20 games, with Chelsea on 42 from 20 and Liverpool on 41 having played one game less than the top two.

Despite lacking the flair that had seen them score 17 goals in their last three games, City showed they can also grind out wins when required and are beginning to look unstoppable.