Chippa United players ‘benefiting from his enthusiasm and energy’ 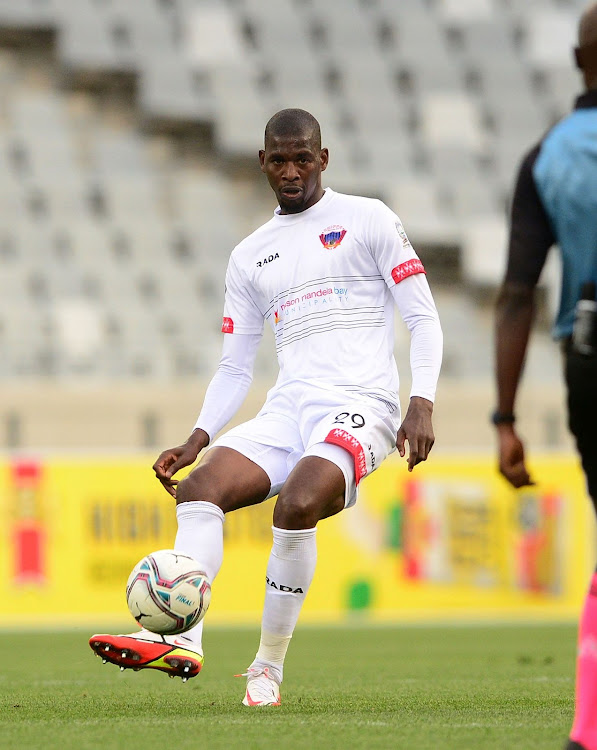 Chippa United defender Sandile Mthethwa has praised the impact of interim coach and former teammate Kurt Lentjies at the club, saying how being mentored by a younger coach had been beneficial.

Having started his coaching chapter with a 1-0 victor over Baroka a fortnight ago, Lentjies will be eying his second successive win at the helm of the Chili Boys when they host Golden Arrows at the Nelson Mandela Bay Stadium on Saturday at 3.30pm.

Before he was installed as Chippa’s interim coach, after the suspension of Gavin Hunt about three weeks ago, the 36-year-old Lentjies was an active player at the Gqeberha outfit.

Mthethwa has already noted the difference Lentjies is making at the club, highlighting that he has a strong bond with all the players having been their teammate.

“For me and most of the guys it’s the first time being coached by a former teammate,” 24-year-old Mthethwa said on Thursday.

“It’s refreshing. He’s a young coach with energy and that energy rubs off on us.

“We are benefiting from his enthusiasm and energy. So far it’s nice to play under him.

“Coach Gavin left a good structure and the way coach Lentjies wants us to play complements that structure, so it’s been a smooth transition.

“Coach Lentjies wants us to be comfortable on the ball and it’s working for us.

“He played with us and he knows us all, so it’s a great environment for everyone.”

Arrows have conceded a whopping 17 goals from 12 league games with TS Galaxy (21) the only team who have leaked more goals than them.

However, Mthethwa has emphasised they do not read too much into Arrows’ uninspiring record ahead of Saturday’s clash.

“The most important things is to focus on how to improve yourselves.

“In saying that, I mean we don’t really look at the fact that Arrows have been conceding but we look at ourselves as to how we can be better than the last game to continue winning,” the Chippa defender said.

Meanwhile, ahead of the demanding schedule facing his team in December, Mamelodi Sundowns co-coach Manqoba Mngqithi has revealed that they tried to give players enough rest to have a fresher team to take on the last phase.

Like many teams in the DStv Premiership, Sundowns will face fixture congestion with seven matches scheduled this month, starting with the Stellenbosch at the Danie Craven on Saturday (8.15pm).

They face tricky Royal AM on Wednesday and three days later will meet crosstown rivals SuperSport United at the Lucas Moripe Stadium.

“One must look at our programme very closely and understand the challenges that we are facing,” Mngqithi told the club media department.

“We know the number of games coming after this full week is going to be very hard for all of us.

“So we decided to give the players a recovery immediately after the match on Saturday.

“Then give the players two days off just to refresh.

“We have to make sure that we have a team a little bit fresher to take on the last marathon.”