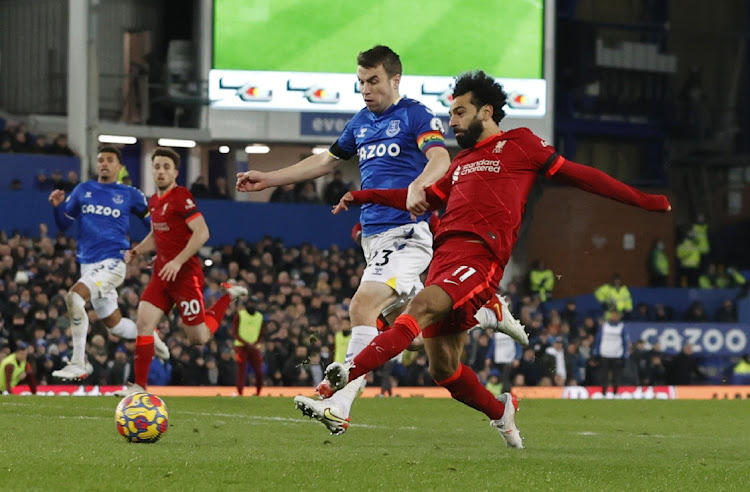 Liverpool manager Jurgen Klopp said his team had shown they have learnt to handle the unique atmosphere of derby games after they turned on the style to beat neighbours Everton 4-1 on Wednesday.

Klopp had tried to talk down the special nature of the Merseyside derby for his players in the build-up to the game and he felt they had shown maturity in their display.

“It was, for sure, the best performance we’ve shown since I'm at Liverpool, at Goodison,” he said.

Liverpool beat Manchester United 5-0 in their North West derby in October and he said Wednesday's display set the standard.

“That's what we have to reach now in each game when we play these kind of teams, because emotions are important in football. We are a very emotional football team but, first and foremost, you need the right mood and mindset. Yes, emotion (is) good but not the only important thing.

“The two derbies for us against Everton and United are big games and you have to learn to keep yourself calm and together, if you want to play your best football,” he said.

Mohamed Salah scored twice for the Reds while Jordan Henderson opened the scoring and set up the Egyptian's first goal.

The Liverpool skipper was full of praise for Salah, who has now scored 13 goals in 14 league games this season.

“He's been outstanding this season and at the moment you wouldn't want to play against him. It makes my job easier because you just give him the ball and he goes and puts it in the net. It was outstanding from him.”

Liverpool are averaging more than three goals per game having found the net 43 times so far in this campaign — 10 more than the second most prolific side Chelsea.

Everton slipped to 14th place, five points above the relegation zone, and their fans protested against their club's board after booing the team at the final whistle.

A beautiful, curling shot from Jordan Henderson put Liverpool ahead in the ninth minute after a fine pullback from Andy Robertson.

England midfielder Henderson then turned provider, setting up Salah with an excellent through ball and the Egyptian provided a clinical finish to make it 2-0.

Everton looked to be on the ropes but they found a way back into the game seven minutes before the break, with Demarai Gray poking through the legs of Alisson Becker, after good work from Brazilian Richarlison.

The home side stuck at the task but Liverpool put the contest beyond doubt after some poor defending — Seamus Coleman was unable to deal with an awkward pass from Gray and Salah whisked the ball away and sprinted goalwards before rolling the ball into the far corner.

Diogo Jota completed the rout with an outstanding finish, the Portuguese forward spinning away from Allan, with a brilliant turn, before blasting past Jordan Pickford at his near post. — Reuters