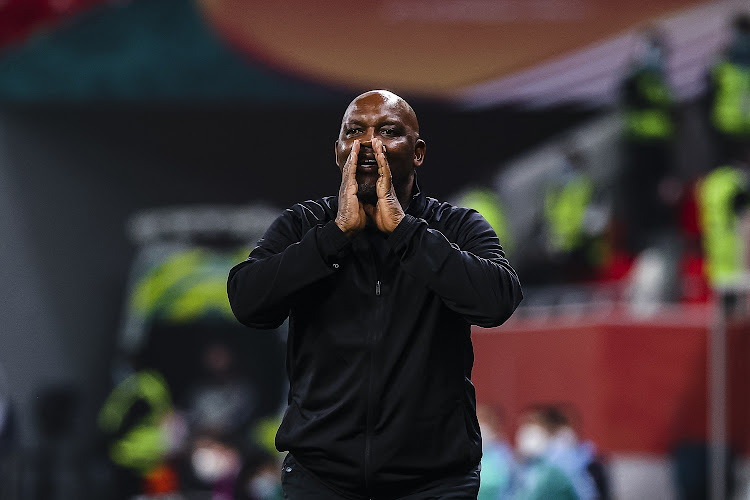 Fans think former Sundowns coach Pitso Mosimane should be in with a shout for the Man Utd job.
Image: Eurasia Sport Images/Getty Images

As football fans around the world speculate over who should take over from Ole Gunnar Solskjaer as Manchester United boss, local fans think Pitso Mosimane’s name should be on the shortlist.

The former Sundowns manager has delivered several trophies at Chloorkop and at his current employer, Egyptian giants Al Ahly, over the years.

Mosimane steered Sundowns to a treble of the Absa Premiership‚ Telkom Knockout and Nedbank Cup just before his departure to Egypt late last year.

Since joining “the most successful team on the continent”, he has delivered the Egyptian Cup and Caf Super Cup, achieved the bronze in the Club World Cup and won back-to-back Caf Champions League titles.

His side narrowly lost out on the league last season after their Champions League exploits left them with an insane amount of matches to catch up on, but are sitting two points clear on top of the Egyptian league with four games played.

It is clear Mosimane knows all about delivering trophies in a pressure pot atmosphere.

In October, Al Ahly confirmed Mosimane will stay at the club at least until the end of the current season.

Michael Carrick has been put in interim charge of the team while Solskjaer’s long-term replacement is found.

Football fans in Mzansi think Mosimane is the perfect fit for the United job and took to social media to make their voices heard.

Breaking News: Pitso Mosimane has been linked as the next manager for #ManUtd as talks on Ole being sacked after yet another loss is on everyone's mind. Could he change things around at #MUFC Manchester United? pic.twitter.com/LKUVJOKko6

Mr Mosimane are ready for this since Ole left? pic.twitter.com/yWEUFgqFxV

Man U must get Pitso Mosimane to replace Ole. pic.twitter.com/lCQhOftUqh

I’ve said it before and I’ll say it again …
If Ole gets sacked , the only man for the job is Pitso Mosimane https://t.co/CxewPmRxo8 pic.twitter.com/wNA8r2Rb6s

Rapper AKA made the suggestion last year after his favourite team was klapped 6-1 by Tottenham Hotspur.

“Pitso has more experience than Ole,” he wrote, claiming the Norwegian was a “rookie coach”.