Angry Brazil coach hits out at officials after goalless draw 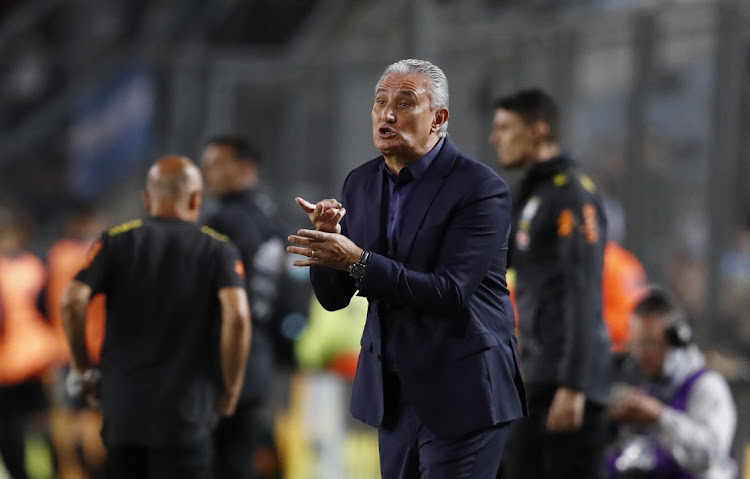 Brazil held Argentina to a 0-0 draw in San Juan on Tuesday but Brazilian coach Tite angrily hit out at what he said was an “inconceivable” decision taken — or not taken — by officials manning the video assistant referee (VAR).

Tite felt Argentine defender Nicolas Otamendi should have been punished for elbowing winger Raphinha in the first half.

The two tussled for the ball near the goal line and Otamendi appeared to elbow the Leeds United winger in the face. Raphinha fell to the ground but Otamendi hauled him up, clearly wanting the game to continue.

Uruguayan referee Andres Cunha looked to be receiving messages from his colleagues in the VAR cabin but took no action, a decision that infuriated the normally placid Brazilian coach.

“Cunha is an extraordinary referee,” Tite said, his voice rising. “Refereeing demands a team and those who were in the VAR, it’s impossible, and I am going to repeat this, it is impossible not to see Otamendi’s elbow on Raphinha.”

“A high quality VAR official cannot work this way. It’s inconceivable. Inconceivable is not the word I want to use. I am using that word because I am polite.”

Tite was nevertheless pleased with the result of a game in which he was forced to field his youngest side since taking over as national coach in 2016.

The loss of Neymar through injury contributed to a new front line of Vinicius Jnr, Matheus Cunha and Raphinha, who between them boast only 15 caps.

“We lost an extraordinary player, Neymar, and we had to restructure the team, who held their own against guy of the quality of Messi,” he told reporters.

“It was a spectacle that went back and forth,” he said of he entertaining draw. “The quality of both teams meant that neither was able to control the game.”

Argentina became the second South America team to qualify for the 2022 World Cup, with coach Lionel Scaloni saluting his players at the end of what he called a “magnificent” year.

The point, combined with results elsewhere, means Argentina join Brazil as the only two of the 10 South American sides to guarantee their place in Qatar with between four and five games still remaining.

The feat came four months after Scaloni led Argentina to the Copa America, their first major trophy in 28 years.

“This was a magnificent year,” the former Lazio, Deportivo La Coruna and West Ham player said. “Winning the Copa, qualifying for the World Cup unbeaten. It was a dream.”

Scaloni had never been a head coach when he was appointed in 2018 but he has turned Argentina into a team that can look ahead to Qatar with optimism.

Lionel Messi at last appears to be enjoying his international football after years of ups and downs in a blue and white shirt and the midfield, anchored by the increasingly influential Rodrigo De Paul, is settled and solid.

Most noticeably, Scaloni has shored up a creaky defence, especially between the posts where Emiliano Martinez is the most reliable goalkeeper they have had in years.

His side have conceded just six goals in their 13 qualifiers, only two more than Brazil.

Tuesday night’s draw against their arch rivals was their 27th match unbeaten, a run that dates back more than two years, and came just days after they beat another fierce rival, Uruguay, 1-0 in Montevideo.

“We got four points against two very difficult rivals,” Scaloni said after an entertaining match in San Juan. “We all like to win of course but these games help a team to mature. Without a doubt, the balance is positive.”

“Having qualified so far in advance, in a really difficult qualifying section, is something we should be proud of.” — Reuters