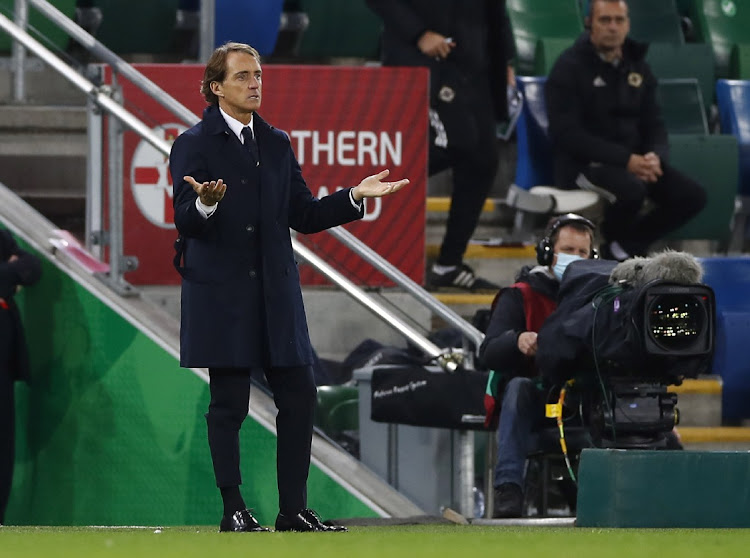 Italy coach Roberto Mancini was upbeat about his side's chances of playing at the 2022 World Cup despite the European champions missing out on an automatic qualification spot on Monday.

Four months on from their Euro 2020 success, Italy's 0-0 draw in Northern Ireland meant Switzerland finished top of World Cup qualifying Group C after their 4-0 win over Bulgaria in Lucerne, condemning Mancini's men to the playoffs.

It is the second successive World Cup qualification campaign that Italy have only made the playoffs, with three teams from the 12 involved this time about progressing to Qatar.

The Azzurri failed to qualify for a World Cup finals tournament for the first time since 1958 four years ago after defeat by Sweden in the playoffs over two legs.

“I am very confident for the playoffs,” Mancini told RAI Sport. “Maybe we will even win the World Cup finals.

“We can't do anything about it now, we have these (playoff) games in March and will try to give our best.

“It's a pity, because we should have sealed the group long before it came to this. We just need to rediscover what we were all about up until today.”

Switzerland's four-goal winning margin meant Italy would have had to win by three goals in Belfast, but the injury-hit visitors offered little in attack all match, with Northern Ireland having the best chances to claim victory.

“We knew that it was difficult coming here. We gave our all and were unable to score,” Italy forward Domenico Berardi said.

“They put all their defenders behind the ball and it was difficult to break them down.

“It is disappointing we didn't already seal the group earlier. We have to roll our sleeves up, prepare for March and book our spot at the World Cup.” — Reuters