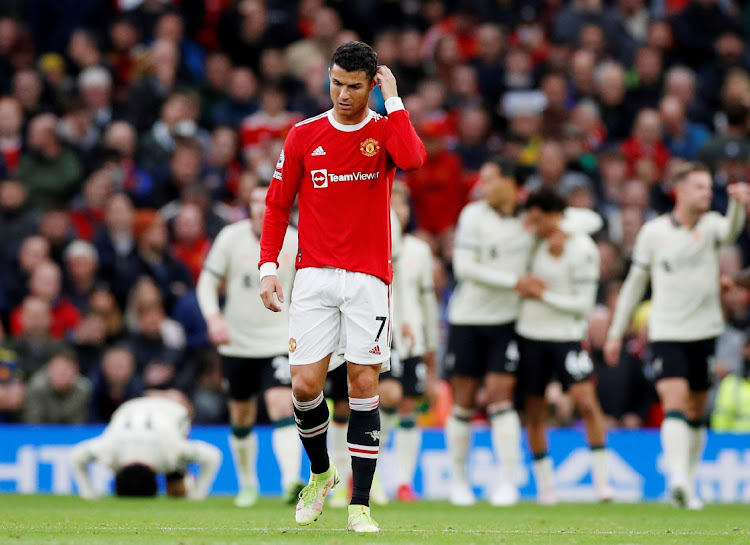 Egypt forward Mohamed Salah scored a hat-trick as Liverpool humiliated United, who are now without a win in their last four games and have slipped to seventh on the Premier League table, eight points behind leaders Chelsea.

"Our fans were, once again, amazing in their constant support. They deserve better than this, much better, and it’s up to us to deliver. The time is now!"

Defender Luke Shaw, who made a series of defensive errors alongside captain Harry Maguire on Sunday, echoed Ronaldo's comments.

"We are extremely disappointed, it is not good enough and it hurts a lot," Shaw told the club website.

"I think football is obviously a team sport, we are in it together and we are all together.

"But I think, as individuals, we need to take responsibility for some of the actions tonight (Sunday) ... I have not been at my best and I know that, for maybe the last few weeks, so I need to reflect on that."

Manager Ole Gunnar Solskjaer labelled the hammering the "darkest day" he has had as manager of the club but said he had no intention of quitting his role.

"It is not easy to say something apart from it is the darkest day I have had leading these players," said the Norwegian who took over at the club in December 2018.

"We were not good enough individually and as a team, can't give a team like Liverpool those chances but unfortunately we did.

"The whole performance was not good enough. We created openings, they had chances and they have been clinical. The third goal decided the game," he added.

"You can look at last season, we lose to Spurs (Tottenham Hotspur) 6-1 - this is worse, miles worse. This is miles worse for me as a Manchester lad. I've just got to say we have to get over this as quickly as we can."

United are without a win in their last four games and are now eight points behind leaders Chelsea, a position which will increase the calls from some quarters for a change of manager.

But Solskjaer said that there was no question of him throwing in the towel.

However, he conceded that he now has a difficult task in getting the team back on the right track.

"It is going to be a difficult one. The players will be low but there's loads of characters there," he said.