Messi finding his feet at PSG thanks to Mbappe 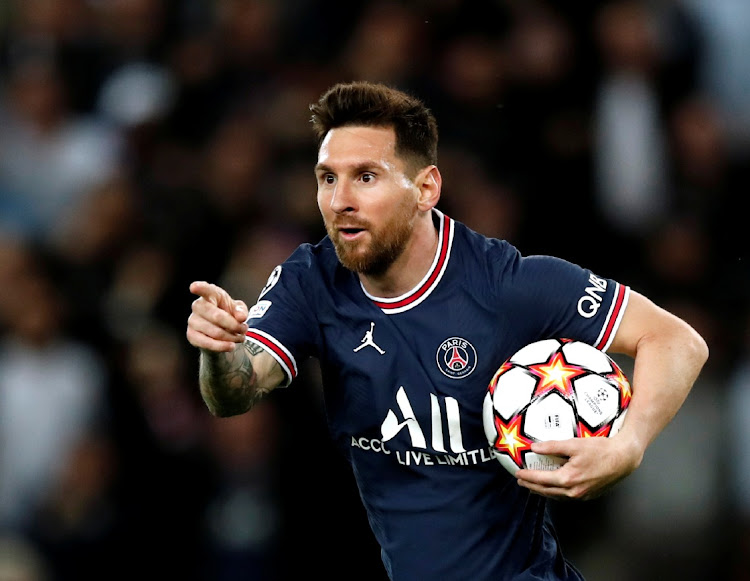 Lionel Messi has scored three goals for Paris St Germain, all of them in the Champions League, and he has Kylian Mbappe to thank for the lot.

Mbappe, who scored one and created two more for Messi in a 3-2 win over RB Leipzig, had told PSG he wanted to leave the Ligue 1 club during the close season for Real Madrid, a year before his contract expires.

Yet he eventually stayed put and the France striker has played a vital role in Messi's adaptation on the pitch.

His clever flick set up the Argentine forward for his first goal in the 2-0 win against Manchester City in the previous round.

On Tuesday, he won the penalty that Messi converted to secure the comeback win after feeding him for the equaliser in the second half following a lacklustre first period from the Argentine.

In the absence of Messi and Neymar, Mbappe had taken PSG's previous spot kick against Angers in Ligue 1, but the 22-year-old said it was normal for him to step back and let the former Barcelona forward take over spot kick duties against Leipzig.

Although when PSG were awarded another spot kick in stoppage time, Messi asked Mbappe to step up.

"It’s normal, it’s respect. He’s the best player in the world, it’s a privilege he plays with us, I’ve always said it," said Mbappe.

Mbappe missed the injury-time spot kick, skying his effort over the bar, the only negative on a brilliant night for the Frenchman, who opened the scoring at the Parc des Princes.

PSG struggled to handle Leipzig at times but eventually came through thanks to their two strikers, who appeared not to be missing the injured Neymar.

"We didn’t play badly either. I think there were some good things, some not so good perhaps, but when you play good teams there are always things which aren’t so good," said Mbappe.

"It’s difficult in the Champions League. Every match is tough. At home in front of our fans, we’ve gone top of the group, that’s what we have to focus on.”

PSG have seven points and lead Manchester City by one point after Pep Guardiola's side hammered Club Brugge 5-1 away. - Reuters