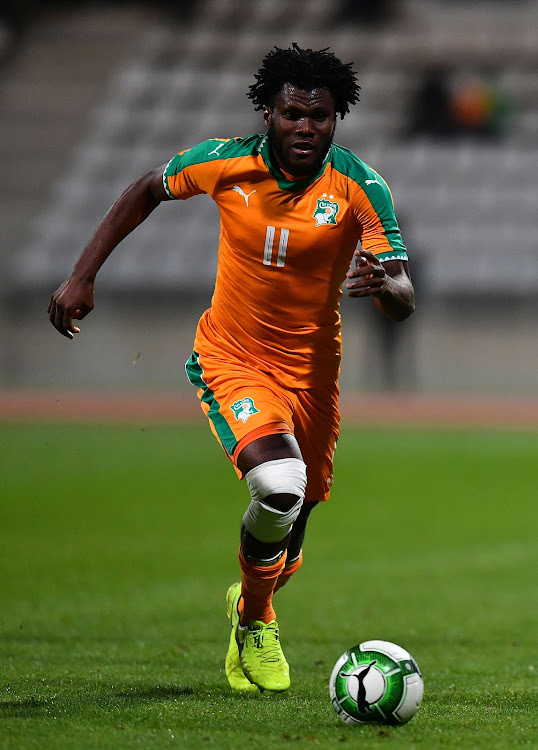 Ivory Coast kept their noses in front of rivals Cameroon in the battle for top place in their World Cup qualifying group as both countries won their latest African Group D games on Monday.

There was also an emphatic 3-0 away win for Egypt against neighbours Libya to move them within one win of topping Group F and advancing to the decisive playoffs in March.

Franck Kessie’s second half penalty saw the Ivorians edge Malawi 2-1 in Cotonou, Benin while Cameroon won 1-0 against Mozambique in Morocco.

The Ivorians have 10 points from four matches and Cameroon are one nine with two matches to play and a crunch meeting between the two heavyweights to come in Cameroon next month.

Nicolas Pepe scored after two minutes to give the Ivorians an early lead but feisty Malawi equalised after 20 minutes through Khuda Muyaba before giving away a penalty midway through the second period that Kessie converted.

Michel Ngadeu-Ngadjui scored Cameroon’s only goal after 68 minutes of their clash in Tanger.

Both matches were played at neutral venues because the Ivory Coast and Mozambique were stripped of the right to host World Cup qualifiers. The poor state of the pitches at their home venues when they hosted matches last month led to the ban.

Egypt scored twice near halftime in Benghazi through Ahmed Fotouh and Mostafa Mohamed and made sure of a difficult away triumph with a third from Ramadan Sobhi in a second straight win over Libya at the start of new coach Carlos Queiroz’s tenure.

Egypt are now on 10 points, while Libya have six and Gabon four after four rounds of matches in the group.

Pierre-Emerick Aubameyang scored for Gabon as they beat Angola 2-0 at home earlier on Monday to register their first win of their Group F campaign.

Issoufou Dayo and Abdoul Tapsoba scored as Burkina Faso beat Djibouti 2-0 to go top of Group A with 10 points, three points ahead of Algeria who take on Niger away on Tuesday.

On Tuesday, Morocco and Senegal could become the first two countries to finish top of one of the 10 African groups and book a berth in March’s playoffs.

They will make sure of first place in their respective groups if they win against Guinea and Namibia respectively.

The top finisher in each of the 10 groups advances to the playoffs where the five ties will be played over two legs with the aggregate winner qualifying for the 2022 World Cup in Qatar. - Reuters