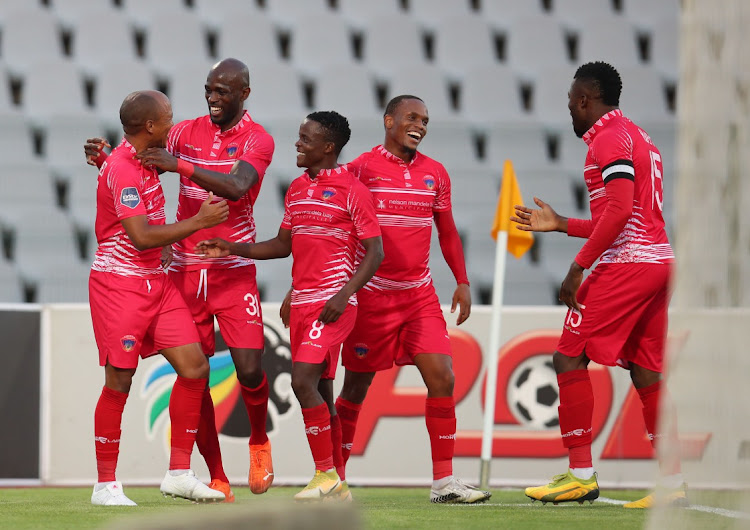 Chippa United won 8- 2 against Amavarara FC. team in a friendly match over the weekend.
Image: BACKPAGEPIX

The Chilliboys won 8- 2 against the Queenstown-based team in a friendly match.

The impressive win came after a 1-0 win against Baroka FC during the DStv Diski challenge.

The Chilliboys registered their second win in a row after beating Baroka at Old Peter Mokaba Stadium.

It was Thulani Mini's moment of brilliance that saw Chippa United win the match when he scored towards the end of the game.

He said the team needed to keep on playing and working hard.

On social media, many football fans said the 8-2 win was proof that Hunt was doing well and his “job was safe for now”.

“Hunt always gives Kaizer Chiefs a headache. I hope even this time he will beat them,” said Victor Sibisi

Lundi Xhakaza said, “Possible that Chippa can do the same thing against Zebras FC come next weekend”

Chippa U18 hope to win big at national event

Teams from each of the nine provinces will fight for the bragging rights of being called the best U18 team in the country.
Sport
2 weeks ago

The result extended their DStv Premiership winless run to four matches after three consecutive defeats to Royal AM, Orlando Pirates and Stellenbosch.
Sport
3 weeks ago

Matsatsantsa look to extend their unbeaten run against Chippa

The good run has seen the Pretoria side sit on second place on the PSL log.
Sport
3 weeks ago