'If you want to be first in your group you have to win once away,' Broos tells Bafana 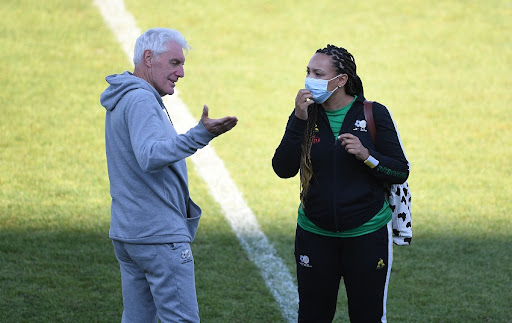 Bafana Bafana head coach Hugo Broos has conceded that his side faces a stronger team in Ethiopia ahead of the much-anticipated 2022 Fifa Qatar World Cup qualifier on Saturday.

The former Cameroon tactician has set a target of six points from the away and home ties against Ethiopia which, if achieved, would put Bafana in a strong position in their group.

“It is about what we will do [and] we know the opponent is there and that they have some qualities,” said Broos, who masterminded Cameroon's 2017 Africa Cup of Nations title campaign.

“We have to be careful with that, but on the other side it is about what we are going to do when we have the ball.

“The players understand now what we have to do when the opponent has the ball and when we have the ball. This is very important because we would like to win.”

The former Belgian international who played at the 1986 World Cup in Mexico, says it is very important for his charges to maintain control of the ball throughout the game.

“We will try to have the game under control,” he said.

“If you don’t have control of the game you will suffer for 90 minutes [and] once we have control, then we can do what we like to do.

“But before that, it will be very difficult, because we will be focused on what they do. That is something crucial for the game on Saturday.”

Broos is aware of the opponent's strength but says Bafana should aim to get the maximum points on Saturday, warning that it might be difficult when they visit Ghana next month.

“When you want to be first in your group you have to win once away,” he said.

“So now there are two occasions, on Saturday and then in one month [play] in Ghana.

“Logically, I think it is easier to win in Ethiopia than away in Ghana, who are a better team. So we have a chance now to do it.

“If we can succeed that, not forgetting the game of Tuesday, then we can be in a good position.”

Broos believes that only after navigating those Group G encounters, particularly the clash in Bahir Dar, will he have a better idea of his team's chances of reaching Qatar 2022.

Bafana arrived in the East African country on Thursday for their clash with Ethiopia on Saturday afternoon at 3pm, SA time, before welcoming the same opponents for the return leg at FNB Stadium on Tuesday evening at 6pm.