Salah goal will be remembered in 50 years, says Klopp 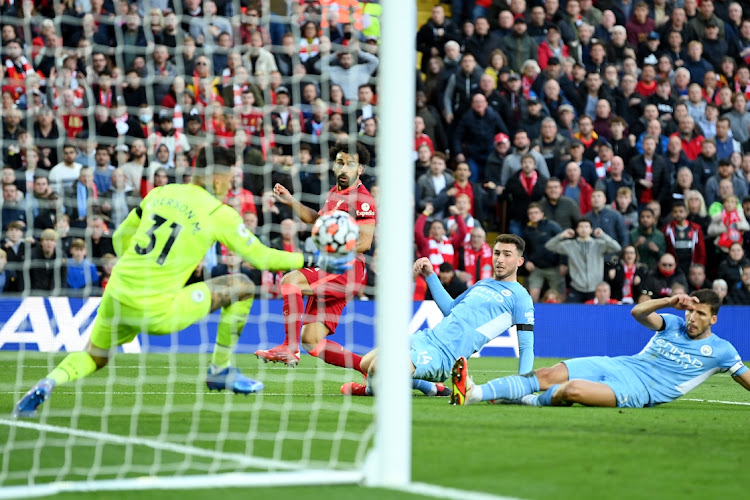 Mohamed Salah's wonderful individual goal against Manchester City, in Liverpool's 2-2 draw with the champions on Sunday, will still be talked about in half a century's time, his manager Jurgen Klopp said.

Salah, who had created the first goal for Sadio Mane, restored Liverpool's lead, making it 2-1 after twisting away from Joao Cancelo, leaving Bernardo Silva on the floor and dribbling past Aymeric Laporte before a clinical right-foot finish.

"Only the best players in the world score goals like this. It was the first touch, the first challenge he wins, the going there and putting it on his right foot and finishing the situation off like he did. Absolutely exceptional," said Klopp.

"Because this club never forgets anything, people will talk about this goal for a long, long time, in 50, 60 years, when they remember this game," he added.

Klopp suggested Salah, whose has six goals from his opening seven Premier League games, deserved greater credit for the quality of his strikes.

"If Leo Messi or Cristiano Ronaldo score that goal then the world says yes because it's world class. He is one of the best players in the world, that's how it is," he said.

Salah himself had little recollection of the detail of the goal, judging from his post-match comments.

"I have to watch it to see. I do remember it. It would be more special if it won the game but it is what it is. It’s the result. I think it’s a good goal, nothing much to say," he said.

Meanwhile, Manchester City have made a complaint to Liverpool after a fan allegedly spat at their backroom staff on Sunday.

Sky Sports said that Liverpool had opened an investigation into the incident.

City and Liverpool both did not immediately respond to a Reuters request for comment.

City manager Pep Guardiola said that he was not aware of the incident at the time but was notified by his staff later.

"I'm pretty sure that if it happened, I'm sure Liverpool will take measures about this person. Liverpool are much greater than this behaviour.

"Nothing will change my admiration for this club. It was the same story two, three years ago when we came here and they destroyed our bus - it is certain people, not just Liverpool."

Guardiola's team are behind Liverpool in third spot on 14 points, level with Manchester United, Everton and Brighton & Hove Albion.

They next host Burnley after the international break on October 16.