Focus still on soccer, but Makalima also wants to encourages girls to follow their dreams 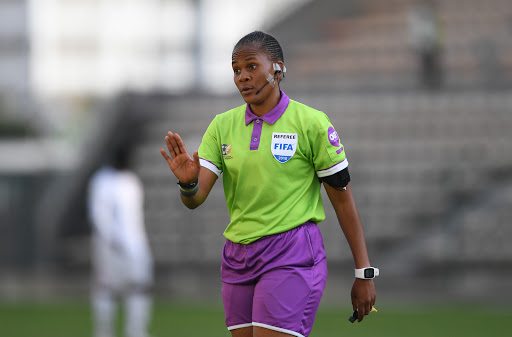 PAVING THE WAY: Fifa-accredited official Akhona Makalima is the only female referee in the DStv Premiership.
Image: GALLO IMAGES

Having officiated in the Premier Soccer League for a decade now, Eastern Cape-born referee Akhona Makalima believes she has changed the game and has made a mark in the male-dominated world of the sport.

The 34-year-old of Engculu Village in Ngqamakhwe is the first certified woman referee in the country. She is also a Fifa accredited referee.

She was recently awarded the Estée Lauder Style Star of the Year Award at the Momentum Gsport Awards and says though soccer is her first love, her focus now is to inspire girls to set no boundaries when chasing their dreams.

The former Thunderbirds Ladies striker starting officiating in the Safa development structures in 2012 after hanging her boots up as a player.

She quickly made her way to the Premier League just two years later.

Since then she has not looked back.

“I am preparing myself for the Cosafa Women’s Tournament that is coming up, but my focus is more on the league and other international appointments,” Makalima said.

“However, most importantly my focus is inspiring young girls to say that is OK to be yourself.

“There are no limits in life just because you are a female; you can be whatever you want to be.

“It’s all about celebrating yourself, who you are and your victories.

“Winning is not mainly about coming first; it’s about bettering yourself.

“Do not be pressured by the circumstances of anything.

“That is your power.

“I think that is what we consistently need to remind our young girls.

“Forget about what social media portrays and all the pressure, but just own your success, work hard for what you want and what you believe in and when you get it, it doesn’t matter how small it is, celebrate it, it’s your win.

“I am also part of the Momentum #SheOwnsHerSuccess campaign which encourages and empowers women to push for and own their unique definition of success.

“This is what the campaign has taught me.”

She also applauded Momentum and Gsport for the work they do to celebrate women in sport.

Makalima said her biggest milestone achieved to date was being nominated by Caf as a candidate referee for the 2023 Fifa Women’s World Cup in Australia and New Zealand.