Win against Sundowns 'nice to have, not a must-have', Baxter says 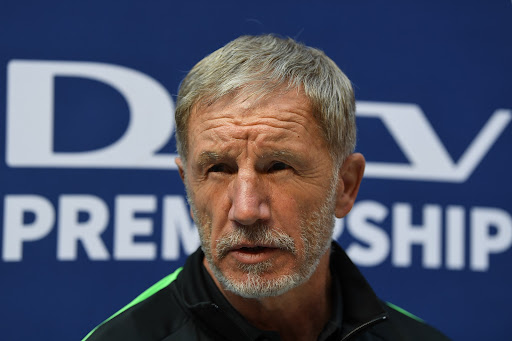 Both team's coaches agree that a win for Mamelodi Sundowns or Kaizer Chiefs in their DStv Premiership clash at Loftus Versfeld on Sunday is a “a nice-to-have, not a must-have”.

Stuart Baxter and Rulani Mokwena said such a big clash between the new-look Chiefs — tipped as potential contenders in 2021-22 despite six seasons without silverware — and four-time successive champions Sundowns can set a tone for the campaign to come.

But both also stressed that at such an embryonic stage of the season a defeat would also be far from a major setback.

“I think this is very early, I think everybody is trying very hard to put down these markers for everybody else,” Chiefs coach Baxter said, asked about the significance of the game from a title perspective.

“I think any sort of positivity that can help you going forward you take in a heartbeat. And certainly a victory for one of the two teams in this game is a bit of a marker for everybody else, and also a positive sign that your development is going in the right direction.

“All of that said, if one of the teams loses I'm guessing they will still be one of the side that is going to be there or thereabouts when we come to the pointed end of the stick.

“So, yeah, I think it's an important one for confidence, etc. But it's not a must- have, it's a nice-to-have.”

“It's something that we want. To win over an arch-rival and one of the big teams in the country is a very good feeling, a good confidence boost into the season.

“And we saw what it did for us last season. Our first game was Chiefs, we won 3-0, and that brought the level of confidence and took the team into a space where they believed that they could play against anybody there way.”

Mokwena said Downs have, “Khuliso Mudau still struggling a bit — he's probably out. There is the long-term injury of Lebohang Maboe and niggling injuries to Themba Zwane and Mosa Lebusa, who will need to pass fitness tests.”

Chiefs have Lebogang Manyama back in full training, but at most a factor from the bench, Baxter said. Dumisani Zuma and Siyabonga Ngezana are “jogging”, the coach said, and not ready for action.