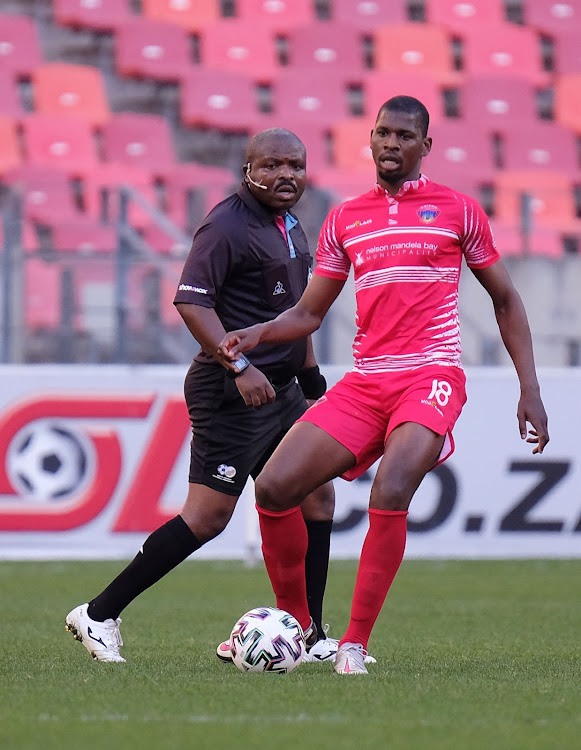 Chippa United coach Lehlohonolo Seema heaved a sigh of relief after his team managed to shut out the noise of the playoffs controversy to clinch a valuable victory in their opening fixture at the weekend.

The Chilli Boys kicked off their campaign to save the team’s  DStv Premiership status on a solid note when they beat GladAfrica Championship side Richards Bay 2-1 at the Nelson Mandela Bay Stadium on Saturday in the first of four games they will play in the playoffs.

After much uncertainty surrounding the start of the playoffs, the first fixture finally kicked off on Saturday after judge Roland Sutherland dismissed Royal AM’s application for leave to appeal against an earlier ruling on Friday.

Royal had launched an application in the high court in Johannesburg to reverse an arbitration decision, upheld in the court, which awarded Sekhukhune United three points, and consequently the GladAfrica championship and automatic promotion to the Premier division.

But Royal’s bid to halt the playoffs for a third time was stymied, albeit temporarily, and the opening game went ahead in the Bay.

Sandile Mthethwa bagged the all-important opener after the restart before Chippa’s fans were given a scare in the 64th minute when a goal-line clearance by Kurt Lentjies was required to keep the visitors at bay.

Midfielder Sizwe Mdlinzo made it 2-0 in the 82nd before Paseka Sekese pulled back a consolation for Richards Bay in stoppage time.

Though his players started off slowly, Seema said he was pleased that in the end they managed to get the necessary points.

“I think it was a game that you are not sure what to expect up until it has started because of things that were happening,” Seema said.

“I must compliment the players from both teams for that matter because it was not easy to prepare for this game.

“However, on our side we tried.

“We started very slowly — understandably, because for the past three days we were not sure what exactly was going to happen.

“So we tried where we can and you could see that the experience is what got us through because this team came here determined.

“We have done justice to ourselves by winning this game at home.”

Seema said mental strength was vital at this stage of the playoffs.

“We got three points now but there is still a long way to go,” he said.

Despite the loss, Richards Bay coach Alan Freese is confident his players will improve.

“It was nice to play after a long time of uncertainty,” he said.

“It works on the players’ minds, we had to keep on motivating the boys to get their minds right for the game.

“Unfortunately, we conceded those two goals, which we shouldn’t have.

“We should have also scored more and we didn’t score.

“I think we played well, but going forward I think we will do better and that I am positive of.

“The guys gave it their all.”

Chippa’s next game is against Royal AM on Tuesday but the match might be the subject of court action.