Santos pleased with bench after Portugal leave it late against Hungary 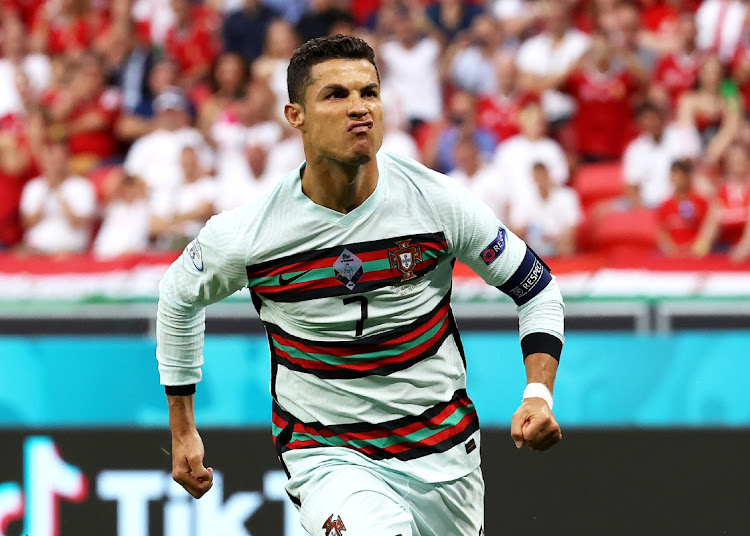 Portugal coach Fernando Santos said a tactical tweak and timely substitutions had helped the defending European champions unlock Group F opponents Hungary's defence in Tuesday's 3-0 victory, but he added that they had to endure plenty of anxious moments.

Hungary soaked up the pressure from Portugal in front of a boisterous crowd of 67,000 in Budapest and looked set to grab a point before Raphael Guerreiro broke the deadlock in the 84th minute and Cristiano Ronaldo netted a late double.

With the clock ticking away, Santos brought on Rafa Silva who won the penalty that Ronaldo dispatched in the 87th to become the all-time record scorer at European Championship finals and weaved through the home defence to double his tally minutes later.

The energy of other substitutes Joao Moutinho, Andre Silva as well as Renato Sanches also made a difference late on.

"In the second half... we were a bit anxious as the clock was ticking and we wanted to win," Santos told reporters.

"I started subbing in some players to increase the pace of the game. I moved Ronaldo to the left a bit and released Raphael because I thought he wasn't getting close to the goal. He played a great game ... so we let him move inside.

"Sometimes you get things right and sometimes you don't get them right, but we always strive for the best. The players that came on did very well, and the ones that went off also did well."

Portugal will face tougher tests against Germany (June 19) and France (June 23), but Santos said his team were ready to build on their performance.

"We're looking ahead to the game against Germany. This is the group stage and we need to progress," Santos added. "It's 'Kill or be killed', like (former Portugal boss) Luiz Felipe Scolari used to say."

Hungary coach Marco Rossi was left disappointed and accepted the blame for substitutions that did not work.

For a fleeting moment the near-capacity crowd at the Puskas Arena went crazy thinking the home side had taken a shock lead through Szabolcs Schon only to be deflated by an offside call.

Portugal then struck three quick goals including a Cristiano Ronaldo double that Rossi said was partly his fault as he made substitutions after the first goal that "clearly did not work."

"Three goals within 10 minutes obviously leaves me very disappointed," he told a press conference. "You can concede a goal, that was unfortunate, but you need to bounce back better, keep your shape and not take too many risks."

"I am very disappointed by the result, not the performance. Until the 84th minute we did very well, we were very organised defensively, and in the second half we even got better once we got hold of the ball.

"There may be a three-goal difference between Portugal and ourselves, but not necessarily based on what you saw today."

Hungary's gritty defence broke up attack after attack from the Portuguese, although the visitors' goal was never under any real threat in the opening Group F clash.

After the offside call and Guerreiro's goal, a low shot that bounced off a defender and tricked keeper Peter Gulacsi, Hungary should have got to grips with the game much quicker, Rossi said.

"Portugal played as we expected them to," Rossi said, adding Ronaldo rarely needs too many chances to make opponents pay.

"After the first goal the substitutions I made did not solve the problem. We were trailing, we needed to do something, I did that, and clearly I got it wrong. I have no problem saying that, I was wrong. I hold my hands up for that."

Hungary will have to regroup for their next match against world champions France on Saturday, when the weather is forecast to be a sizzling 36 degrees Celsius, before facing Germany.