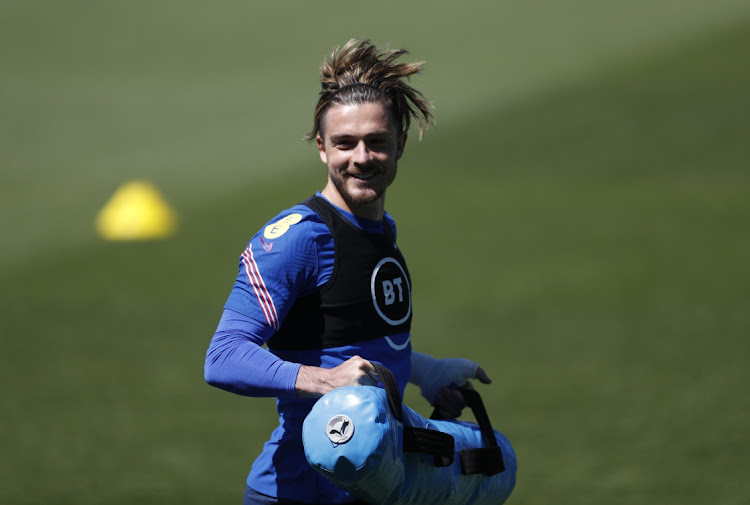 A conversation with manager Gareth Southgate during his first national camp last year helped Jack Grealish break into the team and seal a spot in the squad for the European Championship, the midfielder said.

Grealish, who represented Ireland at youth level, switched allegiance to England in 2015 and made his Under-21 debut a year later.

However, the 25-year-old Aston Villa playmaker was not included in the senior squad until Southgate called him up for his debut last September and he has won seven caps since.

"He's the manager of England so he'll obviously be a brilliant coach. He's helped my game massively," Grealish told a news conference.

"At the start of the season, I asked him, 'What can I improve on?'. He gave me a few things to work on to try to force my way into the team. I think it's worked as I've had seven games since."

Grealish, who started both of England's warm-up wins against Austria and Romania last week, said being called up to Southgate's squad was his priority this season.

"This is what I've wanted my whole life," he said. "My number one thing was to try and break my way into this squad.

"I had my debut at the start of the season in September and after being here now it's a dream come true. I'm going to cherish every moment."

Bur Grealish knows there is fierce competition for spots in the starting lineup.

"You only have to look at the players in my position," he added. "Most them have come back from playing in the Champions League final and the Europa League final, whereas I've been injured for a while."

Defender Ben Chilwell said the Champions League final helped strengthen the bonds between the English players at Chelsea and Manchester City and that it will benefit the national team.

Chilwell, Reece James and Mason Mount were part of the Chelsea team who beat City 1-0 in the final, with Kyle Walker, John Stones, Phil Foden and Raheem Sterling featuring for the Premier League champions.

Chilwell said there was no awkwardness when the players met up again at the England training camp.

"If anything, and it's quite weird to say, it's actually brought us closer," the 24-year-old told British media before Sunday's Group D opener against Croatia.

"To share a Champions League final, although they were on the losing side -- it's going to be good for us, put us in good stead going into this tournament.

"It can only be a positive."

England start their Group D campaign against Croatia on Sunday before they face Scotland on June 18 and the Czech Republic on June 22, with all games at Wembley. - Reuters