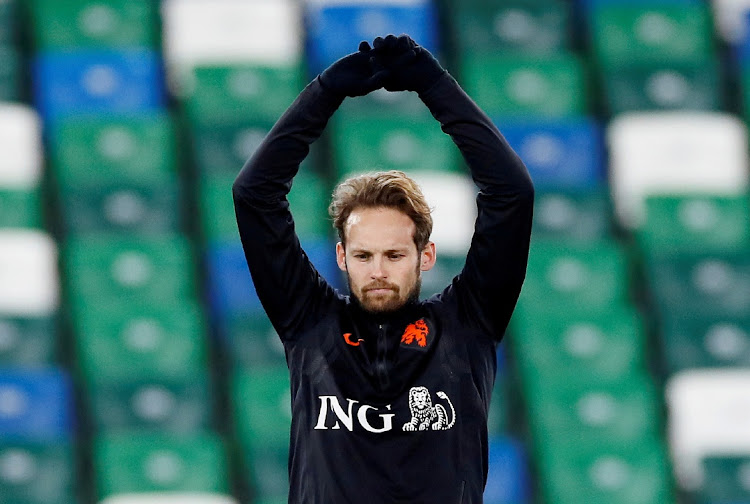 Netherlands defender Daley Blind is hoping to revive memories at the European Championship of their successful 2014 World Cup campaign when the Dutch last made an impact at a major tournament and his own career kicked off.

The Ajax Amsterdam defender is one of six players left over from the tournament in Brazil seven years ago who are in the Dutch squad for Euro 2020 and he believes there are many similarities between now and then.

The Dutch failed to qualify for the last two major tournaments - Euro 2016 in France and the 2018 World Cup in Russia - but are looking to make up for lost time.

Blind told reporters that the sentiment in the squad is comparable to that of Brazil 2014, when the Dutch reached the semi-finals and took the bronze medal.

"The way everyone treats each other is the same as then. The atmosphere and the good feeling are the same, which is very promising," he said.

"(Arjen) Robben, (Robin) Van Persie, (Wesley) Sneijder, Nigel de Jong - there are not so many guys like that anymore. We now have a whole new side with a lot of talent and also some experience but with that we can also set up a strong team," he added.

The Dutch begin their Group C campaign against Ukraine in Amsterdam on Sunday – ominously seven years ago to the day since the Netherlands hammered Spain 5-1 in their first game at the Brazil World Cup.

Blind, who then played as a left back, delivered the pass to Robin van Persie for his superb diving header that began the Dutch comeback in Salvador.

"That will always remain a special moment. I enjoy it when I see television pictures again. That match may have changed my life," added Blind, who moved to Manchester United after that World Cup.

"My performance against Spain sparked the interest of clubs, which ultimately allowed me to make the move to United. The game really had an impact on my life. The whole world saw what happened."