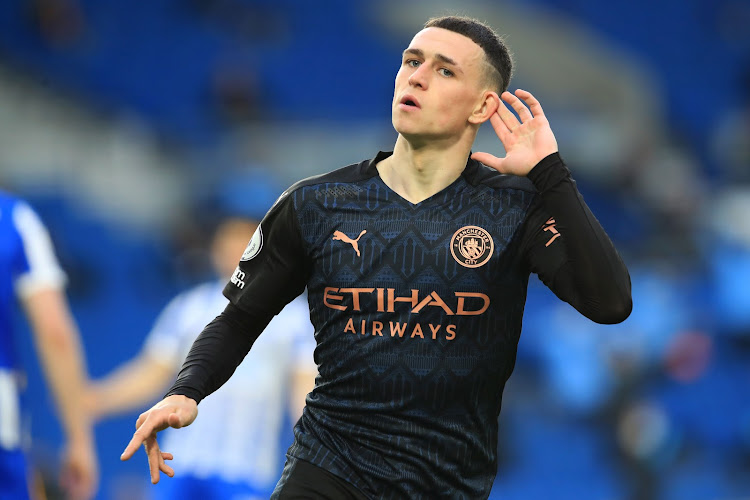 England midfielder Phil Foden is happy for his playing style to be compared with Paul Gascoigne's but said his new blonde hairstyle for the European Championship was not inspired by the national team's former great.

Manchester City youngster Foden, who has been named in Gareth Southgate's 26-man squad for the Euros, caused a stir on social media when he shared a picture of him dyeing his short black hair blonde, just as 'Gazza' did for Euro '96.

Explaining his latest fashion experiment, Foden told reporters: "I've had the same haircut for ages now. I thought I'd try something new.

"I woke up this morning with a lot of comparisons to Gazza and Eminem, it was my own thing and people have turned it into something else."

Foden was born four years after Euro 96 took place but fondly remembers watching TV highlights of midfielder Gascoigne helping England reach the semi-finals on home soil and establishing himself as one of the fans' favourites.

"An unbelievable player, the full nation knows what he means to the country and what he did," Foden said.

"It wouldn't be too bad if I tried to bring a bit of Gazza on the pitch. I've dyed it now so it's got to stay around, not going away any time soon."

Gareth Southgate's England side open their Group D campaign against Croatia at Wembley on Sunday.

Meanwhile, Brighton & Hove Albion defender Ben White on Tuesday said it was "surreal" to have earned a late call-up to England's 26-man squad for the European Championship.

The 23-year-old was named by manager Gareth Southgate as a replacement for injured Liverpool right back Trent Alexander-Arnold, who withdrew from the squad last week after a thigh injury during England's 1-0 win over Austria.

White, who was part of Southgate's 33-man provisional squad, made his full international debut in Sunday's 1-0 win over Romania - the final warm-up game before the Euros - after featuring as a substitute in the previous game against Austria.

"I was speechless and I felt amazing," White told a news conference. "It's mind-blowing. I didn't really expect any of this to happen. I thought I'd be somewhere hot like Portugal (for the summer).

"Even being in the 33-man squad was enough for me. To make it to the final squad was unbelievable. I don't think I've let it settle in just yet.

"I've played in all the leagues and before each one I wondered whether I could step up to that league, but I've managed to do it. It's another one of them."

England start their campaign against Croatia in the Group D opener on June 13 before they face Scotland on June 18 and the Czech Republic on June 22, with all the games being played at Wembley.