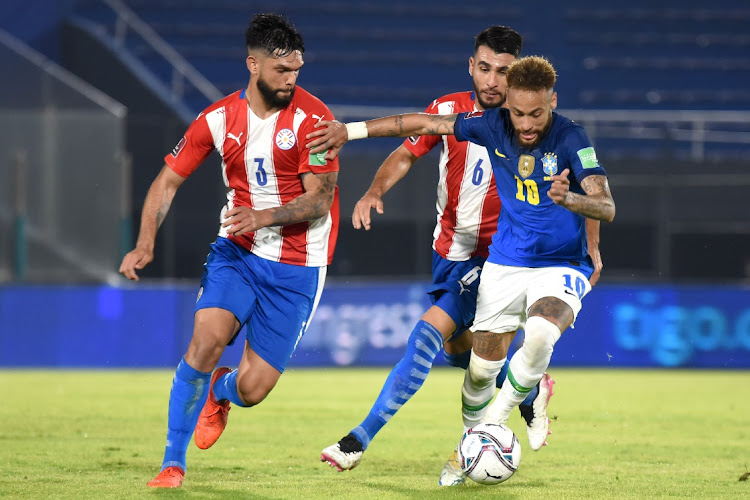 The Brazilian soccer team criticised the last-minute decision to switch the Copa America to Brazil from Argentina amid a surge in novel coronavirus infections but said they would play in the 10-nation tournament which kicks off in Brasilia on Sunday.

Brazil was unexpectedly chosen to stage the Copa America after co-hosts Colombia were removed amid ongoing civil unrest and Argentina withdrew due to a surge in Covid-19 cases.

Multiple news reports in Brazil had said the players were upset at not being consulted about the decision as well as the possible public health consequences, with some players reportedly reluctant to take part.

In a statement posted online early on Wednesday, the Brazil players said they were "not satisfied" with the way the South American Football Confederation (CONMEBOL) handled the decision.

“For different reasons, be they humanitarian or professional, we are not satisfied with the way the Copa America has been handled by CONMEBOL,” the players said.

“All the recent facts lead us to believe in an inadequate process in realising (the tournament).”

They added that they did not want to make their opposition a political issue and said they had never considered a boycott.

“We are against the organisation of the Copa America but we will never say no to playing for Brazil.”

The statement came soon after Brazil defeated Paraguay 2-0 in a World Cup qualifier in Asuncion, a result that leaves them in pole position to qualify for the World Cup in Qatar 2022.

The decision by Brazil President Jair Bolsonaro to green light the hosting of the tournament was met with surprise, given the country has recorded more than 476,000 deaths from Covid-19, more than any other country outside the United States.

Brazil are due to kick off the tournament against Venezuela on June 13. Matches will be played in four cities, before culminating with the final in Rio de Janeiro on July 10.

Meanwhile, Argentina scored twice in the first eight minutes but could not withstand Colombia’s second-half pressure as the hosts rallied for a 2-2 draw in a thrilling World Cup qualifier.

Argentina coach Lionel Scaloni made five changes from the team that drew 1-1 with Chile last week and his side got the best possible start when Cristian Romero, playing in just his second international, headed home from a free kick inside three minutes.

Leandro Paredes made it 2-0 five minutes later when he dribbled through a pack of Colombian defenders and slipped the ball past the keeper.

Argentina controlled the first half but their dominance waned just before halftime after their goalkeeper Emiliano Martinez was taken off the field on a stretcher with a possible head injury following a goalmouth clash.

But they did get on the board five minutes into the second half after Argentine defender Nicolas Otamendi used an arm to flatten Mateus Uribe and Muriel converted the penalty.

Peru got their first victory of the campaign with a 2-1 win in Ecuador. Christian Cueva put Peru ahead after 63 minutes and Luis Advincula made it 2-0 with a minute remaining.

Gonzalo Plata scored in added time for the home side, who had a penalty award rescinded by the Video Assistant Referee early in the second half.