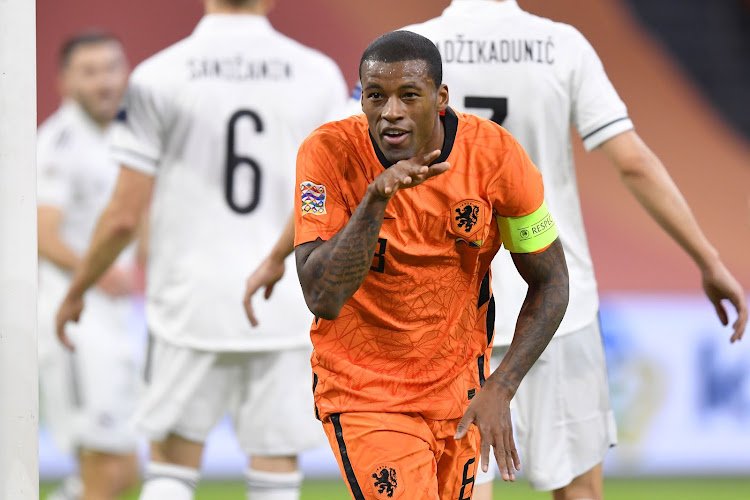 Netherlands captain Georginio Wijnaldum hailed the team's much improved performance as they won the second of their Euro 2020 warm-up games with a 3-0 victory over Georgia on Sunday.

The morale-boosting success will take pressure off the Dutch after criticism in the wake of a 2-2 draw against Scotland in last week’s opening preparation game.

“That we had a win and that things went well at times tonight was a big positive,” said Wijnaldum.

“Things we did wrong against Scotland went right today. Only at the end of the first half did we make made a few mistakes, which gave Georgia opportunities. But we didn't have any problems in the second half.

“You know match outcomes can be determined by small things, so we have to minimise the risks. We have to work hard on that,” he said as the Dutch now look ahead to their opening Group C match against Ukraine in Amsterdam next Sunday.

“We talked about it. We know that the media is critical, that the Netherlands is critical.

“But I also said to the boys it was deserved after the way we played against Scotland. You shouldn't run away from that.

“But we don't have to listen to everything they say, we also have to have the confidence to do better. And we did. Games like this are good to get you ready for the European Championship,” he added.

The Dutch play all three of their first round matches at Euro 2020 at the Johan Cruyff Arena in Amsterdam, with Austria and North Macedonia to follow their first game against Ukraine.