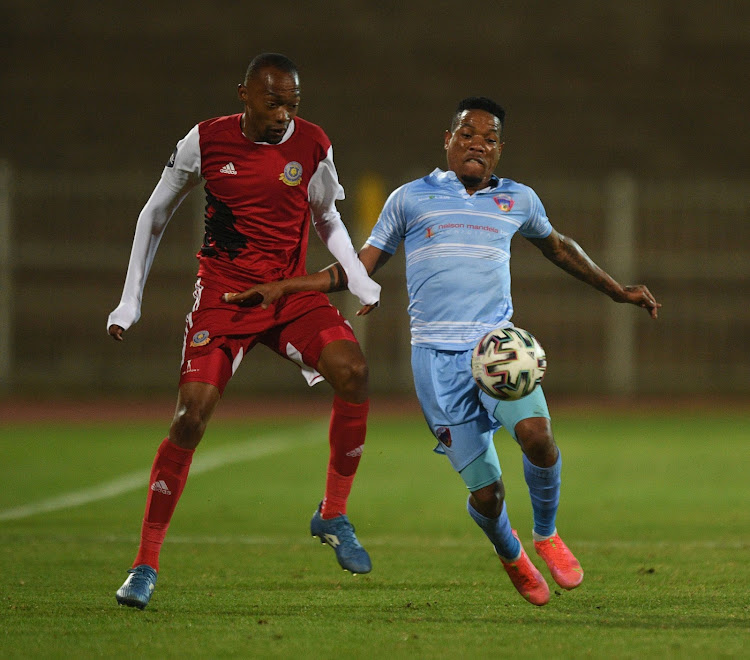 Chippa United have left it until the last game of the season to save their DStv Premiership status after firing blanks in a goalless draw with TTM in Polokwane last night.

The result means the Chilli Boys have to beat SuperSport United in their final fixture at the Nelson Mandela Bay Stadium in Gqeberha on Saturday.

They also have to hope that Stellenbosch lose away to Golden Arrows in Clermont.

If that does not happen, Chippa will finish 15th and will have to compete against two GladAfrica Championship teams in a mini-log, promotion-relegation battle.

The only positive point to come out of the eight matches played yesterday as far as Chippa are concerned is that Black Leopards were automatically relegated.

Their 3-1 defeat at the hands of Cape Town City spared Chippa the blushes of going straight down.

TTM have guaranteed a second season in the DStv Premiership after holding Chippa.

The tension for this high-stakes match manifested early on with some tough challenges,  including one from Kurt Lentjies which earned him a caution just five minutes into the match.

Tshakhuma looked to bring their talented attackers such as Thabo Rakhale and Thabo Mnyamane into the game, but Chippa’s aggressive intent made it tough for the hosts to find a rhythm.

The Chilli Boys themselves were not able to feed forward Andile Mbenyane with any penetrative service in the opening quarter, as the likes of Sizwe Mdlinzo and Mokhele Maloisane struggled to establish themselves.

A key moment in the game arrived four minutes before the end of regulation time in the first half, with Chippa defender Nyiko Mobbie shown a straight red card for a reckless challenge.

This left Tshakhuma with an advantage — in numerical terms, if not on the score board — heading into the break.

Chippa made a triple substitution at the start of the second half, with Gregory Damons, Augustine Kwem and Thabiso Lebitso coming off the bench.

Tshakhuma, though, controlled the game and held their opponents at arm’s length.

The hosts were unable to capitalise on the chances they created, but a goalless stalemate was enough to secure survival and add to the achievement of winning the Nedbank Cup last month.

Meanwhile, champions Mamelodi Sundowns have set the record as the first team in the PSL era to go the entire season without an away defeat following the 2-0 win over Bloemfontein Celtic yesterday.

The two goals for Sundowns were scored by on-form attacker Peter Shalulile in either half as he took his tally to 13 goals in this season where he has been one of the standout players in the league.

Lebogang Manyama smacked a stunning hat-trick as Kaizer Chiefs displayed fight that had been sorely lacking,  edging Lamontville Golden Arrows 3-2 to bring themselves right-back into the top-eight equation.

Michael Gumede’s 21st-minute strike put Arrows ahead in yesterday’s thriller at the FNB Stadium, Manyama equalising in the 31st.

The desperate scrap for the premiership runner-up spot was decided in the penultimate round after AmaZulu beat Swallows FC 1-0 to claim second place behind Sundowns last night. — TimesLIVE/SuperSport