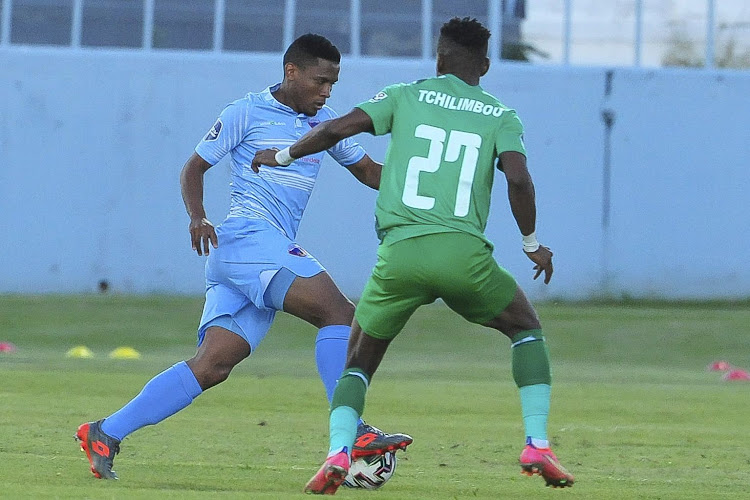 Chippa United’s fate in the DStv Premiership is in huge doubt after last night’s 2-1 defeat to Bloemfontein at the Sisa Dukashe Stadium in Mdantsane.

Second-half goals from Neo Maema and Ndumiso Mabena sank the Gqeberha side into the relegation playoff spot.

Chippa opened the scoring through Mduduzi Sibeko, who slotted home in the 38th minute.

The defeat has made matters even harder for the Chilli Boys to survive as they are only left with two more fixtures in the league.

Stuck in 15th position on the log, it would be reasonable to assume that a promotion playoff spot is where Chippa will finish this season after Tuesday night’s result.

The only positive Chippa can take from the match is that they were able to break their three-match deadlock of not scoring.

It was the visitors who showed more hunger for the win and they dominated most of the match.

Chippa had their first attempt on goal in the 19th minute.

Chippa’s right-back Nyiko Mobbie ran with the ball through the midfield to find Kurt Lentjies, but his shot from close range was saved by Celtic goalkeeper Jackson Mabokgwane.

The Chilli Boys finally broke the deadlock in the 38th minute.

After receiving a pass from Lentjies, Sibeko’s sizzling strike from outside the box beat Mabokgwane and found the right corner.

Harris Tchilimbou fought hard to bring Celtic back into the game but attempts were blocked by Chippa’s goalkeeper, Ismail Watenga.

Soon after the referee restarted the game for the second half, Celtic picked up from where they let off and continued in search of an equaliser.

Their efforts were finally rewarded in the 66th minute when Maema’s shot found the back of the net.

The second and decisive goal game came in the 75th minute through Mabena.