West Brom fight back but draw leaves them 10 points adrift 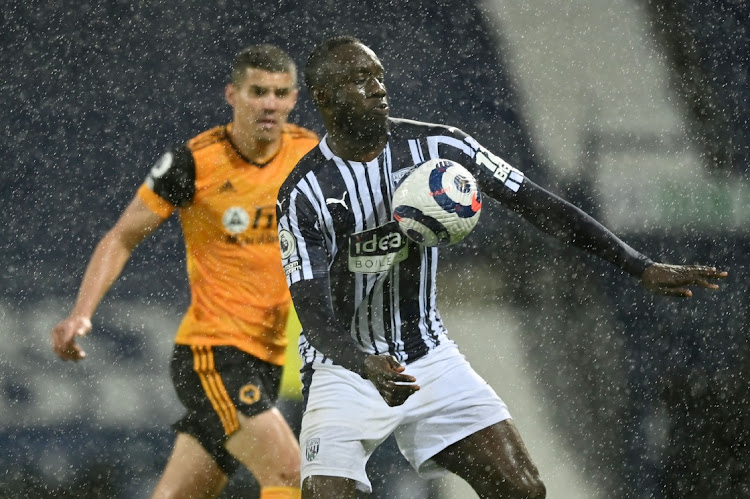 West Bromwich Albion's Mbaye Diagne in action against Wolves at The Hawthorns, West Bromwich on May 3, 2021
Image: SHAUN BOTTERILL / REUTERS

Relegation-threatened West Bromwich Albion fought back to claim a 1-1 draw with Wolverhampton Wanderers but failure to win the match at The Hawthorns moved them closer to dropping out of the Premier League.

Mbaye Diagne equalised for the home side after Fabio Silva had handed Wolves the halftime lead in a Black Country derby that was hampered by belting rain and swirling wind.

The point moved second-from-bottom West Brom to 26 points, still 10 away from the safety zone with only four games remaining. Wolves remained in 12th spot with 42 points.

West Brom were overwhelmed in the early exchanges, so much so that manager Sam Allardyce took off defender Dara O’Shea to beef up the midfield with Matt Phillips after only 33 minutes.

The tactical switch came just after Sam Johnstone had tipped over an effort from Wolves’ flying fullback Nelson Semedo, who dispossessed Baggies defender Semi Ajayi in the penalty area and managed get a shot off.

Allardyce’s change quickly led to West Brom’s first effort as Diagne headed an inviting ball back across the face of the visitors’ goal that Romain Saiss scrambled clear.

But on the stroke of halftime Wolves went ahead after a swift passing move set up by American Owen Otasowie and finished by teenager Fabio Silva, whose effort took a deflection off Kyle Bartley to loop up and over Johnstone’s head.

Following the break, when Mike Dean took over refereeing duties from an injured Paul Tierney, West Brom looked a lot livelier as both Conor Townsend and Conor Gallagher had efforts at goal that Rui Patricio did well to stop.

But the Wolves keeper was rooted to the ground when Diagne equalised in the 62nd minute. A long, high cross from Townsend on the left fell perfectly for the tall Senegal striker, who barely moved as he powered home a header from a standing position.

The atrocious weather got worse in the last 20 minutes, limiting opportunity for both sides.

West Brom, who travel to Arsenal next Sunday, are now left with only four games to save their Premier League status.

"We can only hope all the others lose above us and we win all four games. That extra two points would have given us a little bit more," Allardyce said.

"We are dedicated professionals, have had a really good run of form. One thing we are missing and that is wins and converting chances. We got so near, yet so far away. We have to keep going to the end and we have to believe."