Mason shocked by no red card for Sheffield United's Fleck 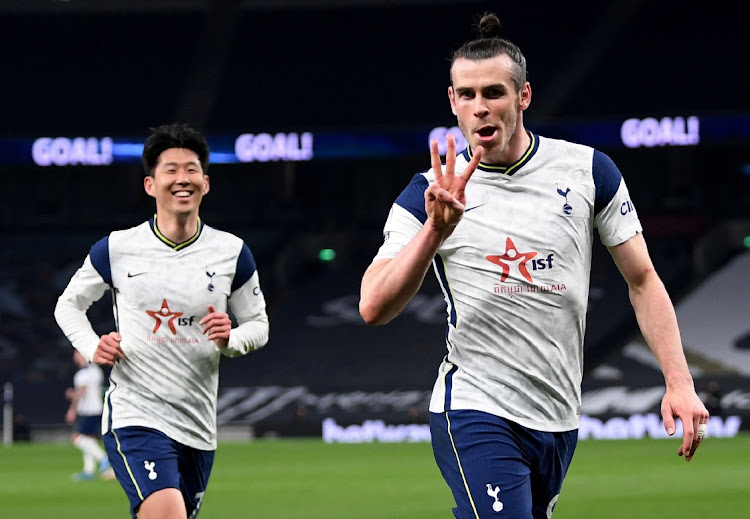 Tottenham Hotspur's interim manager Ryan Mason said he was shocked that Sheffield United's John Fleck escaped a red card for appearing to stamp on the head of Giovani Lo Celso during the London club's 4-0 Premier League win on Sunday.

The incident occurred in the second half as Lo Celso fell under challenge from Fleck and the Sheffield player then raked his boot down the side of the Argentine's head.

Lo Celso later went off and was seen with a large ice pack attached to his head.

"I am so shocked that it wasn't a red card," Mason said. "I'm shocked the VAR team didn't at least tell the referee to have a look. I think it's a stonewall red card.

"I don't think there's a clearer red card. You see the replay once and he's endangered an opponent. I cannot believe it wasn't given as a red card. It's avoidable."

Mason himself had to retire from the game after suffering a fractured skull while playing for Hull City in 2017.

The Lo Celso incident did not overshadow a second win for two league games for Mason, who is in charge until the end of the season following Jose Mourinho's sacking.

"I said all along Gareth Bale hasn't and won't lose that ability in the final third to produce moments of excellence," Mason said. "He's a world class player - he's proved that over many years. The most pleasing thing about him tonight was his attitude, his running for the team."

Asked if Bale's loan spell for Real Madrid could yet be extended, Mason said: "I think that is a discussion once the season is done. Our priority is the next game."

The Welshman, who has returned to Tottenham on loan from Real Madrid having left in 2013, opened the scoring in the 36th minute with a clever flick.

He doubled the lead just past the hour mark with a stylish finish into the top corner - his 50th Premier League goal.

Bale then made it 3-0 shortly afterwards when he drilled another left-footed effort low into the corner to complete his first Premier League hat-trick since 2012.

Son Heung-min, who earlier had a goal disallowed, produced a trademark effort to complete the rout.

Tottenham's second league win under interim manager Ryan Mason lifted them above Liverpool and West Ham United into fifth place in the standings with 56 points, five behind Chelsea, with four games remaining.

"You have to take your chances when they come so I'm feeling good," Bale said. "I just needed to play games and get a run of games and I'm doing that now.