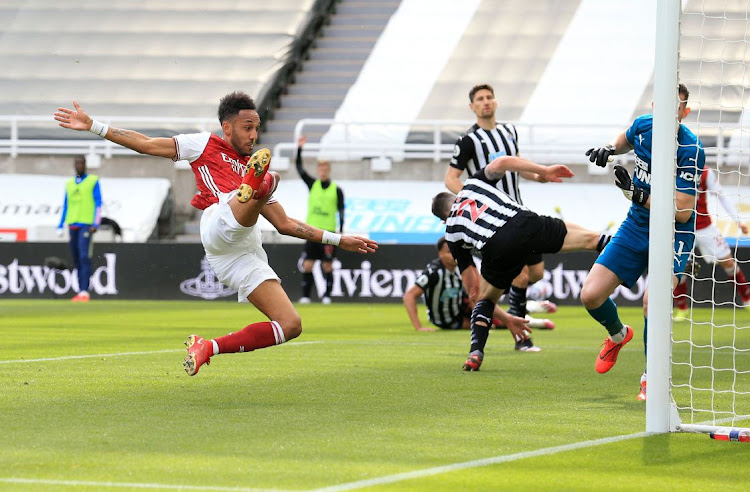 Arsenal striker Pierre-Emerick Aubameyang said he was happy to score on his first start since recovering from malaria as the north London club secured a 2-0 Premier League victory against Newcastle United on Sunday.

Captain Aubameyang was sidelined after he contracted malaria while on international duty with Gabon in March and spent time in hospital last month.

The 31-year-old scored a second-half goal after Mohamed Elneny found the opener as Arsenal moved up to ninth in the league table.

"I was really happy to be back first and scoring a goal," said Aubameyang, who has scored 15 goals in all competitions for Arsenal this season.

"When you are out for a few weeks you realise how good it is to be back on the pitch.

"At the end for the last five minutes, I was dying a little bit. But to tell the truth, I felt good the whole game so I was really happy with that.

"I have to say that the doctors did incredible work with me ... I'm really thankful for them."

"This game showed our focus is still there in the Premier League," Arteta told Sky Sports.

"We believe that anything is possible if you're picking up points, and we wanted to put bad results out of the way.

"We had a great attitude, some moments of real quality and had total control from the start."

"I have sympathy for Fabian Schar. He tries to win the tackle. Maybe a yellow card but certainly not a red," Newcastle manager Steve Bruce said.

For Arsenal, the first win in four games in all competitions should give their confidence a boost before they look to overcome a 2-1 deficit in Thursday's Europa League semi-final second leg against Villarreal.

"We needed this one, I think," said Aubameyang, who made his first league start since April 3 having recovered from malaria.

"After a few games without winning it was important ahead of our game on Thursday."