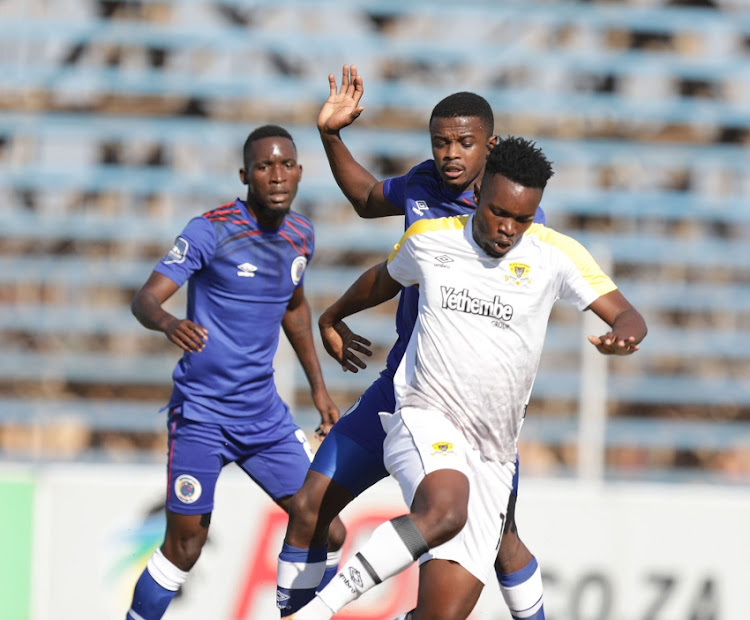 Relegation-threatened Black Leopards came from behind to hold SuperSport United to a 1-1 DStv Premiership draw in at Thohoyandou Stadium in Limpopo on Saturday.

Leopards started like a house on fire and came within a whisker of scoring twice in the opening 10 minutes forcing George Chigova to pull off an exceptional early save after a misplaced header by defender Luke Fleurs.

Leopards have now played 24 games and only managed 15 points and remain right at the bottom of the log‚ while United also remained stationery on sixth spot from 24 game with only 36 points.

SuperSport opened the scoring against the run of play in the 17th minute with midfielder Sipho Mbule’s clinical finish before the opposition’s Ovidy Karuru levelled matters in the 27th.

Leopards controlled the match from the second-half whistle and were able to create goal-scoring opportunities‚ which they could not convert.

On the stroke of half time Leopards midfielder Rodney Ramagalela came close to scoring as his shot ricocheted off the post.

SuperSport continued to dictate play in the second half. Just ahead of the hour mark‚ Guily Manziba‚ who had joined the striking force up-front‚ was well placed to score‚ but blasted high above the crossbar.

Edwin Gyimah did well at the back to contain United dangerman Bradley Grobler.

Much like the first half‚ Leopards had their moments in the second to open their scoring account‚ but failed to exploit their opportunities.

Coach Lehlohonolo Seema’s side will next be in action against Orlando Pirates at Orlando Stadium in two weeks’ time.