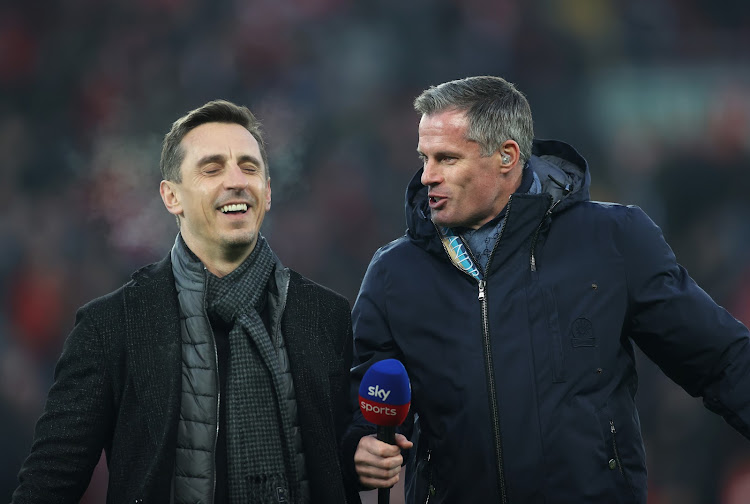 Players, pundits and fans cheered a "beautiful day for football" after the breakaway European Super League unravelled with the withdrawal of the six English clubs who had signed up to the controversial competition.

Following a storm of protests and threats of sanctions from the game's European and world governing bodies, the Super League said it would "reconsider" its next steps after it was reduced to three teams each from Spain and Italy on Tuesday.

"Super League is finished! Well done to all fans up & down the country!" he said on social media.

Manchester City were the first to back out of the venture, before Arsenal, Manchester United, Liverpool, Tottenham Hotspur and Chelsea announced they were following suit.

Manchester United executive vice-chairman Ed Woodward became the first casualty of the backlash, announcing his resignation shortly before his club gave up on a project he had been influential in bringing about.

Former Manchester United captain Rio Ferdinand, a fierce critic of the breakaway competition from the outset, said the teams were coming to their senses.

"Teams finally seeing sense and pulling out of the #SuperLeague ... Football is and ALWAYS will be about the fans," he said on social media.

"The fans have obviously not been a consideration at all ... disgrace."

Another former Man United skipper Gary Neville said: "The (owners) Glazers have no place in Manchester anymore. We have to work hard together to ensure that ownership rules in this country are changed. The people have spoken. We were on the brink of anarchy if this continued."

Fans gathered in large numbers outside Chelsea's Stamford Bridge stadium ahead of their Premier League match against Brighton & Hove Albion to protest against the breakaway league.

They ended up chanting, "We saved football!" after reports filtered through that Chelsea were abandoning the project.

The Football Association welcomed the withdrawals of the six English clubs, saying the Super League had "threatened the whole pyramid".

"English football has a proud history of opportunity for all clubs and the game has been unanimous in its disapproval of a closed league," the FA said.

"It was a position that, by design, could have divided our game, but instead, it has unified us all."

The split in the game threatened by the Super League, and the strength of feeling it generated, led political leaders across Europe to speak out, and, in some cases, threaten intervention.

British Prime Minister Boris Johnson said his government would consider passing legislation to stop the breakaway, likening the plans to creating a cartel.

There is lingering anger toward the owners of the six English clubs, with some pundits suggesting their stewardship was no longer tenable.

Liverpool great Graeme Souness said supporters would not be able to forgive them despite the U-turns.

"They have been shown to sell their soul, basically," the Sky Sports pundit said.

"They were going to sell the souls of our major institutions. They were selling their souls for quick money. Our supporters will not forgive them. We are not America."