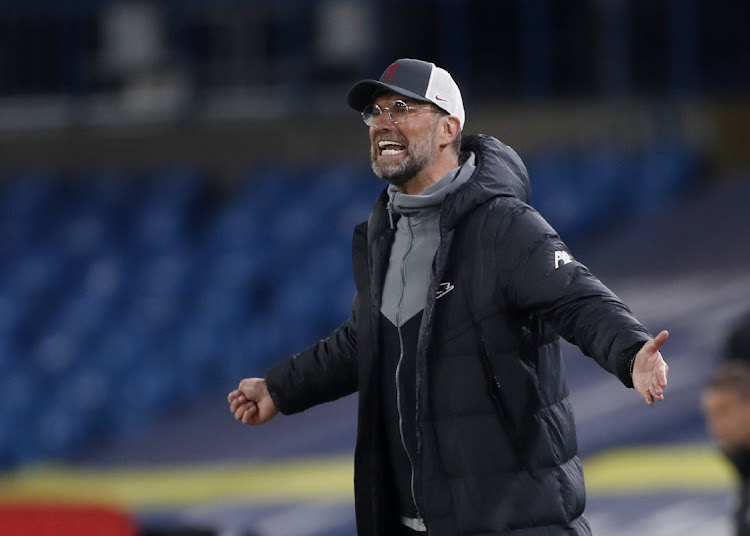 Liverpool, along with their great rivals Manchester United, are among big clubs proposing to form their own elite league - a move that has triggered widespread condemnation across the sport and society.

Neville, now a pundit for Sky Sports television, had referred to Liverpool's 'You'll Never Walk Alone' crowd anthem to highlight the irony of the club's stance.

He also termed the breakaway "an absolute disgrace", proposed by owners motivated by greed.

Klopp said Neville should not be allowed to speak of the anthem.

"We have a lot of right to sing that anthem, it's our anthem, it's not his anthem - and he doesn't understand it anyway," said the German.

Neville, listening in the Sky studio, said he had not meant any disrespect.

"Yesterday was nothing to do with insulting Liverpool Football Club. I don't know why I'm living in his head to be honest with you," he commented.

"I don't know what spiked him. Yesterday was an impassioned plea from me about protecting football in this country and my biggest disappointment was with Manchester United and Liverpool.

"I think I've equally distributed enough criticism to both clubs in the last 24 hours."

"Our owners, I work for around six years in this club and they are great people, they are reasonable people, they are serious people," said the German, who has been clear in the past that he does not support a Super League.

"They are really good people and they will try to explain me the decision. Will I understand it, I don't know."

Leeds United players warmed up for the match in shirts bearing the Champions League logo and the words 'Earn It' on the front while fans unfurled protest banners outside Elland Road.

Fans also booed the Liverpool team as they arrived, something Liverpool captain for the night James Milner said was "unjust". He did, however, speak out against the breakaway.

"Yesterday was the first we heard of it. Lots of questions and my personal opinion is I don't like it and hopefully it doesn't happen."

Leeds' experienced Argentine manager Marcelo Bielsa offered his take on the events of the past 24 hours.

"In all walks of life the powerful look after their own and don't worry about the rest of us," he said.

"In the search for higher economic earnings they forget about the rest. The powerful are more rich and the weak are poorer. It doesn't do good to football in general."

Leeds striker Patrick Bamford added: "We're like fans really; we're in shock. Without fans, football is nothing, so it’s important we stand our ground and show that football is for the fans and try to keep it that way."