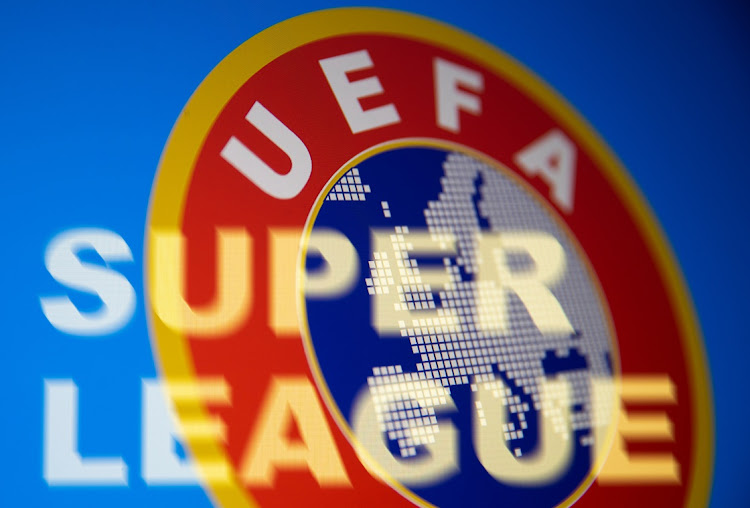 Broadcasters who have spent billions of dollars to screen Champions League soccer have condemned the plan by top European clubs to form a breakaway Super League as a threat to the future of the game that will not succeed.

News that 12 clubs including Real Madrid, Juventus and Manchester United have joined forces to set up a new competition risks undermining the existing media contracts that help fund the game.

Were the new league to go ahead, media groups that risk watching the value of their existing rights disappear will have to decide whether they want to battle for the new matches, potentially against rivals such as Amazon or Disney's ESPN.

The Financial Times reported that Super League organisers had held early discussions with broadcasters, seeking to secure deals with the likes of Amazon, Facebook, Disney and Comcast-owned Sky that would raise annual revenues of 4 billion euros ($4.8 billion).

Facebook and a source familiar with the situation at Amazon said on Monday they were not in talks about broadcast rights.

BT, which owns the right to show European soccer governing body UEFA's elite Champions League midweek club competition in Britain, Spain's Mediapro and streaming service DAZN either condemned the move, or distanced themselves from it.

"BT recognises the concerns raised by many of football's leading voices and fans, and believes the formation of a European Super League could have a damaging effect to the long term health of football in this country," the company said.

Spanish media company Mediapro told Reuters  that broadcasters would not tear up their existing contracts and predicted the plan would fail.

DAZN last month secured the rights to screen all Serie A Italian top-flight league matches over the next three seasons with a bid of 2.5 billion euros ($3 billion), beating pay-TV player Sky.

"Neither DAZN nor Mr. Blavatnik are in any way involved or interested in entering into discussions regarding the establishment of a Super League and no conversations have taken place," DAZN said.

Were the Super League to go ahead it would threaten not only the viability of the Champions League but also the appeal of domestic leagues after officials warned that any clubs or players taking part in it could be banned from all other competitions.

That would weaken the attraction of domestic leagues like the Premier League in England, if their matches no longer include the likes of Liverpool's Mohamed Salah, Tottenham Hotspur's Harry Kane and Manchester City's Kevin de Bruyne.

That in turn threatens the smaller clubs that receive a share of the revenues.

Even if the players are not banned, a European Super League based around a core of permanent members risks turning domestic leagues into a second-string event with less at stake.

Analysts said Amazon or Disney's ESPN could be in pole position to buy the rights to show the new league as they have fewer ties to the sport's currently apoplectic governing bodies.

"The traditional broadcasters such as Sky may be more hamstrung because it would complicate relationships with their other contracts (e.g. international football tournaments or domestic leagues)," media analyst Ian Whittaker said.

Sky Sports, whose subscription service turned the Premier League into the world's richest domestic soccer league but who no longer screen the Champions League, said in a statement they have not been in any discussions with the Super League.

"We are completely focused on supporting our long term partners in the UK and in Europe," it said.